You are here: Products His Hostage (A Bad Boy Mafia Romance) by Willow Winters 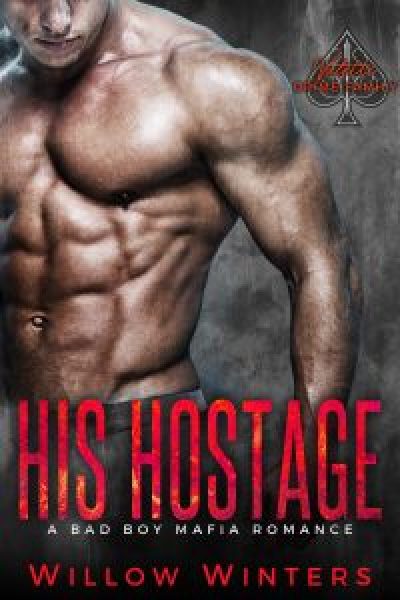 His Hostage (A Bad Boy Mafia Romance) by Willow Winters

He was supposed to take my life… Instead he made me his.

He commands respect and fear from the familia, and he deserves it. He’s earned it. As for women… they can have one night and the most amazing f*ck of their life, but that’s all they get.

Gorgeous, curvy, and looking for an escape, she calls to Vincent. Her innocence begs him to take her… f*ck her, ruin her for all other men. Worse, he wants to protect her.

In Vincent’s care, Elle witnesses a terrible crime — and if she breathes a word of it, the Valettis are screwed. Torn between the woman he craves and loyalty to his family, Vincent is put to the test.

He should kill her, but he can’t let that happen. He won’t. Vincent’s a man who takes what he wants. And he wants Elle all to himself.

She was in the wrong place and at the wrong time. Now she belongs to him.

How far will Vincent go to protect the girl who should be next on his hit list?

This is a standalone, full-length mafia romance with a filthy-mouthed, possessive bad boy. Guaranteed HEA.

I like my action hot and my bad boys hotter. And I don’t hold back on either one in my writing. Be the first to read my new releases and get my sexy, possessive bad boys FREE by joining my mailing list: http://eepurl.com/b2izzf