You are here: Products His Grace by Aya DeAniege 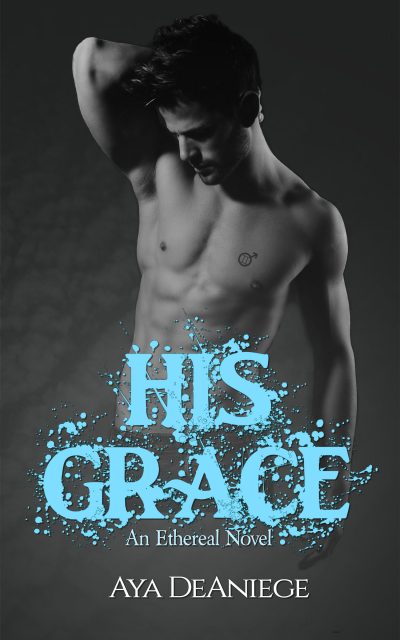 His Grace by Aya DeAniege

It is the duty of Sam Angelica, and his brothers, to safeguard the souls of mankind. They spend their days visiting Sam’s club, picking out possessed humans, and freeing them of their demons. The brothers are very good at what they do, having perfected their methods time.

Grace Williams is the target of multiple possessions. It falls on Sam to figure out why the cute, innocent young woman is being hunted by demons when she presents none of the usual signs. She’s just a human who insists on working hard to meet her goals. As far as demonic hosts go, she’s about as far from one as a human could be.

He was just supposed to save her soul, but the more time Sam spends with Grace, the more he thinks about her, craving the taste of her lips and the warmth of her skin under his fingertips.

I was tossing some ideas at my cats for possible book ideas when the topic of angels came up. The cats were, of course, unimpressed, but it stuck with me and I had to write it to get it out of my head.