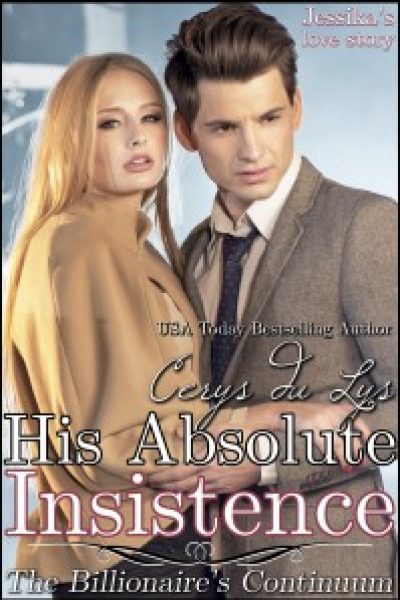 After a day where everything went from bad to worse, I just wanted to relax with Asher. I needed time to think, time to recover, some alone time with my husband. I know Asher loves me, and I love him; we would give each other anything. Unfortunately, neither of us can give each other more time and we’re running out of what little we have left. What comes after worse? I’m about to find out.

Yesterday, someone ransacked my office, leaving hate messages on my computer. An unknown intruder set Asher’s mansion on fire and framed two of our friends. I thought that was the worst of it.

I know I’ll always have Asher’s love, but I don’t know if our love can protect us anymore. First vandalism, then arson, and now someone’s leaked private videos and photos of us to the public. The intimate scenes Asher captured with his camera have taken the the world by storm. Our seductive secret, private pictures meant to honor and adore the consummation of our love are exposed by the media and mocked as indecent filth.

I want to believe Asher. I want to trust in His Absolute Insistence. We can work through this. I refuse to let everything I value, our love and happiness, be torn apart. I can’t.

Elise and Lucent were… dead?
No, no, they weren’t. They were alive. But somewhere else. The police thought they started the fire at Asher’s mansion, that was it. They didn’t, though. They couldn’t, right? I didn’t know. I doubted it, and the police should realize as much, but from what I remembered Asher telling me, that wasn’t the case.
Why, though? It didn’t make sense to me. Lucent’s suit coat, yes, but…
Asher shifted behind me, pressing against my body. I sighed and pushed back against him, settling perfectly into his arms. He held me tight, one arm wrapped around my side while his other lay beneath the curve of my neck. I nuzzled against his sleeping form, content and happy just to be near him.
Behind me, he breathed softly, shallow, clearly asleep. Also behind me, he pressed forward with his hips gently, rocking. Just a little, not enough to disturb me if I was sleeping. I wasn’t sleeping, though.
Asher was, and…
Well, Asher was erect. Aroused. Dreaming of something. From my vantage point near the side of the bed I saw his pants laying on the floor below me. His coat was draped across the back of a hospital chair nearby. He still wore his shirt and I could see parts of the sleeves, with his arms wrapped around me. No shoes or socks, of course; those were with his pants.
Careful, I reached behind me and between us, feeling near Asher’s waist. He wore underwear, of course, but the throbbing bulge trapped within must be uncomfortable for him. I didn’t want him to wake up from discomfort, did I?
Those were my thoughts, but I doubted what I did next was out of pure concern for my slumbering husband’s comfort. I doubted it very much.

Be the first to review “HIs Absolute Insistence – Jessika’s Love Story: The Billionaire’s Continuum (#2) by Cerys du Lys” Cancel reply