You are here: Products His 16th Face by Stephanie Van Orman 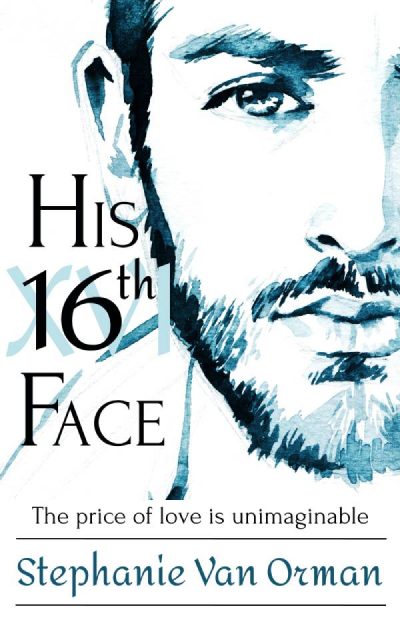 Christian is the wrong man for Beth to love. Everything about him is forbidden. If he loved her, it would be a crime. If she loved him, she would be overlooking a hundred lies.

She knew when she woke up on a beach in Mexico after years of battling heart disease, that he had risked everything to save her. The past always catches up to him. Hunted, he must change his name and change his face, as if he never even existed.

The price of love is unimaginable.

Finding a book to read can be hard work. Stephanie Van Orman thought so. She could never find anything she wanted to read, so she decided that if the book she wanted hadn't been written yet, then she had to write it. She started writing novels at age 13 and wrote no fewer than 11 novels before she finally wrote one that was worth reading. When you pick up a novel written by Stephanie, you aren't picking up a debut novel or a first crack at writing. You are reading something that has been years in the making. In 2020, Stephanie celebrates her 25th year writing novels. She writes romance novels with a twist of fantasy, suspense, perhaps science fiction, but always with that hook of following someone interesting somewhere where you definitely shouldn't go. Enjoy the page-turning magic that is one of her creations.

Have you ever seen love between two people that doesn't seem possible because they are too far apart in age? I was fascinated by the idea. I decided to write a book about two people who are very far apart in age and what would need to happen to bring them together.

"Have you ever been in love with a liar? Have you ever been in love with someone who is completely pretentious? They're lying to you. You know they're lying, yet they could ask you for absolutely anything and you'd give it to them. Why? Because you trust that liar. You trust something in their expression, in the brush of their fingertips, and the promise of devotion in their eyes no matter what the last thing they said was.”

Rogan’s expression had split in half. That was what happened when a practiced liar had to play a part but still had to feel within himself. The half that was Rogan looked annoyed, while the half that had been my Christian was visibly moved. “You shouldn’t love that kind of man, Beth.”

I ruffled my hair. “No kidding. How I feel about you is just as bad. I know you’re wrong for me. I know you don’t want to love me and you’re just sitting on that couch now because you’re worried I won’t be safe if you don’t. I love that you feel that way. Stay. I’ll make you dinner.”