You are here: Products Hired Hand by Mia Moore 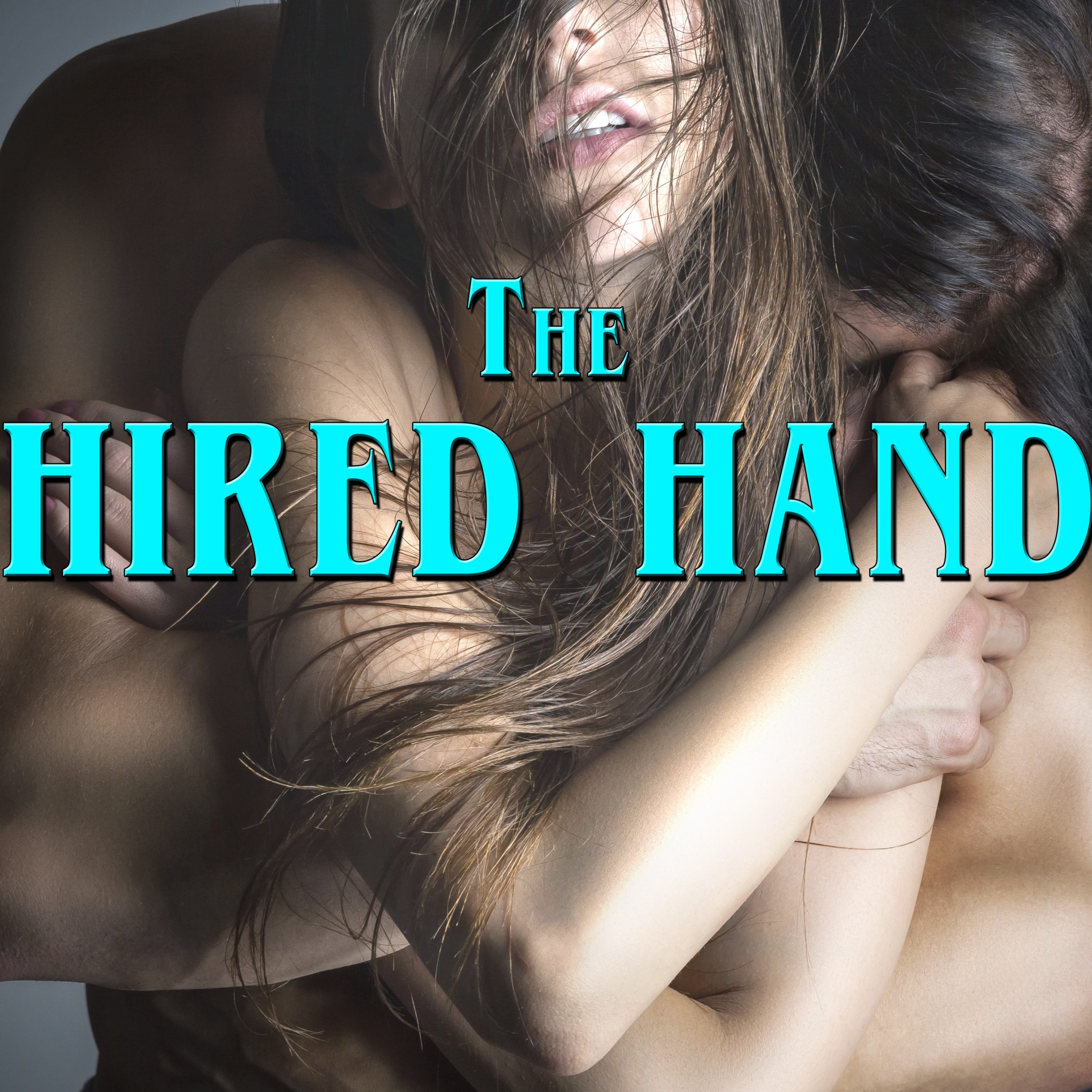 Their sexual spark is sputtering. To make matters worse, Liam becomes injured from one of the horses in the barn. Finding Dan, the hired hand to help out for a bit is a stroke of luck!
He’s knows his way around a farm…and other things.
Scarlett loves her husband to pieces, but Dan’s piercing gaze, confident laugh and glistening muscles in his tight jeans spark desires she hasn’t felt in far too long a time.
Liam notices his wife’s lingering glances at the totally ripped hired hand and is surprised at his own response. Instead of feeling jealousy, it’s kind of exciting. He wonders, “What if?…”
Scarlett is shocked when he jokingly suggests it. He can’t be serious! It’s got to be the pain meds talking. Or does he really want this? Does she?
The next day, she finds it hard to focus on anything. The pillow-talk fantasy is like a seed planted in rich soil, growing stronger every moment Dan is there, living with them. Every glance, every word spoken carries an undertone of flirtation. Dan quickly picks up on the sultry signals. He’s a red blooded man and she’s a hot redhead. He’s definitely game but it has to be Scarlett’s decision.
She sheds convention along with her clothes in a sexy romp that rekindles the spark in their marriage.
A fun, edgy and explicit tale for fearless readers!

In a lot of ways, I have been living the dream well before I published my first book. I’m married to a strong, intelligent and great looking man whose number one priority is to have my back. He rocks my world, and I love rocking his.
We’ve had some pretty hot adventures together, which were the inspiration for my first books.

Why do I write? I write for the same reason I love to read. Something happens and I’m swept away by the story. It didn’t happen right away when I began my first story, but it happened pretty quickly. It’s hard to describe… yes, I know, that’s a bad thing for an author to say but it’s true.

I write because I can’t not write. And I love it!

I usually write about contemporary urban couples who dip their toes into a swinging lifestyle. But I've always thought cowboys were super sexy. So I indulged myself and wrote this book!

The next morning when Scarlett woke, her eyes popped wide. What had she agreed to last night? In the throes of passion, post coital bliss she’d told Liam she was considering this plan. But could she really do it? She turned her head to gaze at his profile, still sleeping soundly. God! He was gorgeous, and as a husband, he totally rocked. Considerate, kind, always sweet and patient. She sighed. The sex had waned for a while…hell longer than she’d care to admit. It wasn’t his fault or hers. It was just familiarity and routine. It was life.
But since Dan had arrived things had changed. And Liam’s accident. He could have been killed if Chester had hit his head with the hoofs. It was a serious jolt of the hard reality of life. It could be gone in a flash.
She laid there silently thinking. This threesome thing–it was a fantasy, just fun and games, wasn’t it? She could leave it at that dreaming level and Liam would never criticize her. She knew that. If that was what she wanted, to never try something so totally out there.
But what about her wants? Did she really want to do this? It was time for serious evaluating. She closed her eyes and pictured Dan, pictured him laying on top of her, his handsome face gazing down at her with lust as his cock pounded, ravaged her pussy. She pictured Liam being part of it, his cock huge in his hand guiding it to her mouth. Kind of like the porn movie Liam had been watching. The tingle in her clit and the warm fullness of her pussy lips gave her the answer. She was tempted to wake Liam and jump his bones right there and then.
But could she live with herself if they actually did it? Would she feel like some kind of slut? And why was it her who’d feel bad? Probably Liam and Dan would just smile about it afterwards and then go on about their day. Why couldn’t she be like that?
If Liam was okay with it, why was she second guessing? She’d never really know how it felt until she tried it. Life was short and she’d followed the rules like a good girl for long enough. And, if she couldn’t go through with it all the way, at least she’d know for sure. She would have tried it, at least.
When Liam turned his head and mumbled ‘hi’ she made up her mind. She was going to do this. It would be a step out of her comfort zone but if she dangled her toe in the water and didn’t like it, she could stop, right?
“Are you still okay with this thing with Dan?” She watched him closely, noticed his wide blinks looking at her.
“Sure! But only if you’re okay with it. If you want to think about it for a few days and then even if you decide no, that’s fine too.” His fingers threaded through his hair and he looked down for a few moments. “Actually…I’d like you to take a few days. I don’t want to seem like I’m pressuring you. I think that would be best rather than rushing into anything. In the cold hard light of day, that makes sense.”
All the while she’d been listening her eyes had gotten wider and wider. Damn! Here she agreed to this and now he was dragging his feet.
He took her hand and raised it to his lips to kiss it. “If you ever regretted doing this, I’d feel like a heel. I never want you to feel bad about anything with me. Give it till the weekend. That’s three days away. And I’ll love you either way this turns out. Deal?”
The way her stomach fell when he reasoned with her was a surprise. Her body had been really looking forward to playing around sexually with Dan and Liam. That much was clear. But he had a point. Which was weird because normally she would be the conservative voice of reason. Plus it had started as his idea!
“Okay.” Something else popped into her head and she squeezed his hand, “Do you mind if I flirt a little bit with Dan? I mean, just try to see how that feels? How I feel and you too! You might not like it y’know!”
His eyebrows rose high and he laughed. “Oh I’m pretty sure I’m going to be okay with that. Look. We love each other. We may like Dan, but we don’t love him. We’ll still be together no matter what.”
She leaned in and kissed his lips. “Yeah. I could never live with another man. You’re hard enough to get along with.”