You are here: Products Hex and the Single Witch by Roxanne Rhoads @roxannerhoads 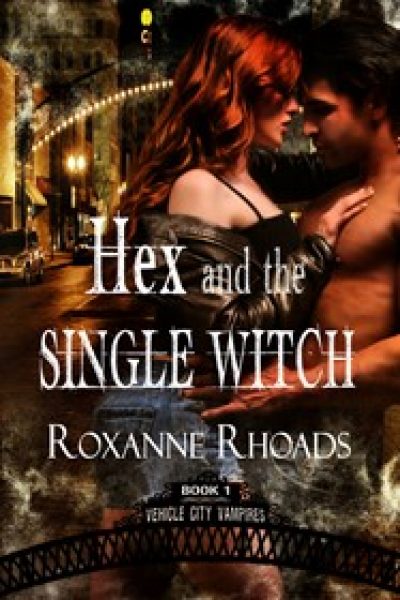 Hex and the Single Witch by Roxanne Rhoads @roxannerhoads

Anwyn Rose is descended from a long line of powerful witches yet she can barely cast spells young witchlings have mastered. She has one functioning witch gift, the power of knowing, which she puts to good use as a Detective on Flint’s Preternatural Investigation Team.

It’s a new era in Vehicle City, supernaturals are running the town.

The P.I.T has their hands full with paranormal crimes. Top priority is a serial killer, who appears to be a vampire, draining young women in the city.

Anwyn is on the case with her sexy partner Detective Mike Malone. Complicating things is her relationship Galen, a vampire who looks more guilty than innocent, although Anwyn trusts her instincts even if her power is on the fritz.

Mysterious spells, compromising situations, and a possible demon on the loose make it hard to focus on the case, but Anwyn has to make things right before the human police execute the wrong vampire.

Hex and the Single Witch contains magick, a little bit of mystery, a lot of supernatural mayhem, and a sexy love triangle that will leave you wanting more.