You are here: Products Her Troika (The Complete Story) by Trent Evans 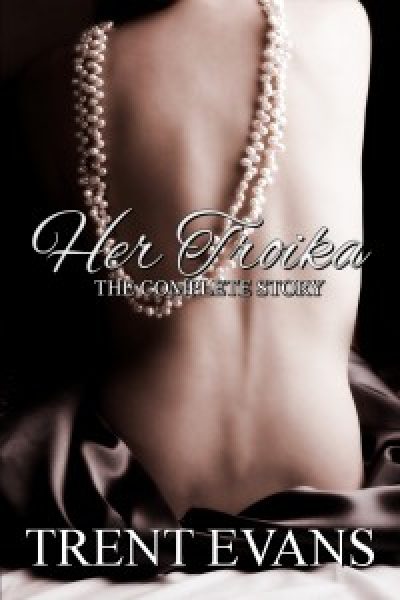 Her Troika (The Complete Story) by Trent Evans

Two strict Doms, one brave sub, and a slave auction…

Kurt Erickson has been offered a Dom’s dream job. He picks his own hours, answers to no one, and gets to train submissive women all day. One of those submissive women happens to be his willing wife. Making Breanna’s deepest, darkest fantasy come true is the easy part. It may be trickier to persuade his best friend Derek to … buy her.

Breanna Erickson prides herself on being ready for anything. From the courtroom to the bedroom, she can handle it all. But when her strict, but loving, husband gives her the chance to live out a dream, she finds there are things no woman can be ready for.

Derek’s marriage ended because he buried dark needs that proved incompatible with a vanilla wife. He’s buried those needs, those truths, deep down, determined to never let them hurt him again. Being Kurt’s best friend has many benefits, but some of them are much more than Derek is ready for — or so he thinks.

NOTE: This novel collects the entire Her Troika story (Parts I – V) into one volume.