You are here: Products Her Secret Scandal by Yasmine Nash 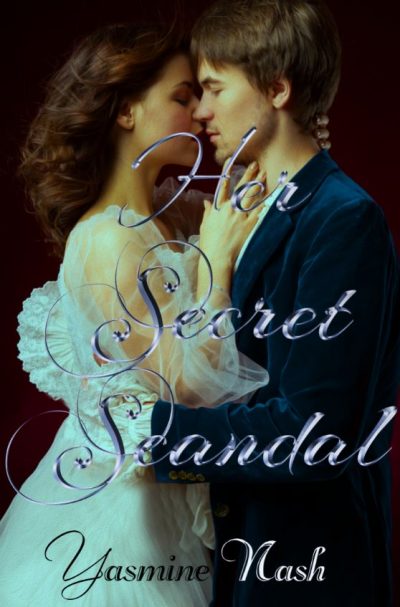 Her Secret Scandal by Yasmine Nash

Former heiress Alexa Morland has a secret hidden in her past. She’s resolved never to marry because she’s sure no man could ever want her. Then she meets Henry Northam and wonders if perhaps he could love her, secret scandal and all. When an enemy of hers begins sowing discord between the two, Alexa and Henry will have to fight harder than ever if their love is to survive.

Yasmine is an author of Regency romance novels. In her spare time, she bakes recipes inspired by the Great British Baking Show and sews very messy embroidery. Yasmine lives in the Midwest with her family and her two dogs, Darcy and Tilney.

I've always loved Jane Austen and any other stories set in the Regency era. During that time, there were so many rules and restrictions regarding interactions between men and women. There's something really enticing to me about that because every relationship can have an edge of forbidden romance. Even a kiss is fraught with risk: Will someone see them? Will the heroine's reputation be ruined?

The time period gives an author a lot of room to play around!

Alexa was completely flushed by the time the song had completed. As Henry escorted her away from the dancing, she stumbled a little, falling into him. He steadied her, hands lingering on her shoulders longer than necessary before he let her go.

“Do you feel unwell?” he asked with concern.

“A little faint, that is all. The crowd, I suppose,” she dissembled. “Some fresh air and I shall be fine,” she assured him.

Henry took a good grasp on her arm before leading her to the back of the ballroom. There was a doorway she hadn’t noticed before which led to a well-lit garden. A few couples were sitting in the chairs which had been arranged out there, taking advantage of the cool night air.

Alexa took several big gulps of the fresh air, hoping it would help clear her head. Lately, it seemed to always go fuzzy whenever Henry was around. They walked to a semi-secluded bench, which was partially hidden from view by a large tree.
“I’ll fetch you some water,” Henry said as soon as Alexandra was seated. She assured him that wasn’t necessary, so he sat next to her on the bench instead, his leg brushing up against the edge of her own. The sensation sent her nerves scrambling, and she once again felt as warm as she had inside, fresh breeze or no.

She stared nervously at her hands for a few minutes, but she felt his eyes upon her all the while. Once she had regained her courage, she lifted her head to meet his gaze.

“You’re staring at me,” she whispered softly.

He smiled and the corners of his eyes crinkled. How she loved his smile! “I find it difficult not to,” he admitted. “If I’m not allowed to touch you, then I must at least stare at you instead.” His face was very close to hers now.

“Who says you are not allowed to touch me?” she asked breathily. She wouldn’t have known he had even heard her but for the slight shudder she saw run through his body.

“Polite society?” he offered, his head moving achingly closer to her own in defiance of his own words. “The rules of decorum?” There was only an inch or two between them. Henry gently took her right hand and removed her glove, grasping her fingers within his own. The shock of their bare skin touching almost made her draw her hand back. Almost.

With his other hand, he then lifted his fingers to touch gently at one of her curls which had come loose during the dancing. She felt as though her heart were going to explode underneath her corset. Her eyes fluttered closed at the light sensation of him touching her hair. She felt the warmth of his breath on her face as he touched his forehead to her own and she again smelled leather and mint. Her breaths were coming very fast now.