You are here: Products Her Secret Friend by Juliana Stevens 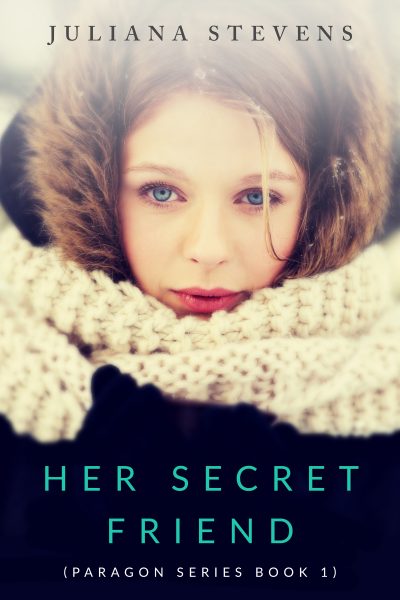 Her Secret Friend by Juliana Stevens

In the wintry world of the culmins, there are rules… Kaya James doesn’t believe in most of them. One must marry and start a family early in life, and she makes it well known that is not for her… So, why would anyone send her a secret gift with a sweet note attached, leaving it unsigned? Men are not romantic, at least that’s what she always thought. But her secret friend is making her second guess everything. With gifts that keep coming, and an overbearing mother that keeps pushing her to marry someone- anyone- what’s a strong-minded culmin woman like Kaya to do? She has always been openly defiant of the rules, proudly so. But receiving notes that are more thoughtful than the next and with a little help from the Paragons watching from afar, Kaya’s heart may not be as safe from love as she once believed.

Juliana Stevens was close with her two sisters and parents growing up in a small town outside Austin, Texas. Her favorite pastime is going to the beach and spent many summers in Rockport and Port Aransas, Texas growing up. She used to write short stories for her friends in middle school and has been an avid reader since first grade. She lives in Texas with her husband, three kids, and three dogs.

I've always loved reading and writing ever since I could remember. This book is part of a series, and I wrote the 2nd book first. The more I read over and reviewed it, the idea of the culmins (my made up race of beings in another realm) came into play and I wanted to write more about them.

Kaya James settled in her chair at the front counter, wrapping her fox coat tightly around her. She wasn't looking forward to being at Morgan's Packing and Tanning this day, much as she loved her job. She knew full well it would be a busy one. Soon the waiting room would be filled with half the village, ready to give Kaya their orders for the hunters. Everyone knew colder times were beginning, just as it was time for the hunters to head into the mountains.
Kaya couldn't help but think of Mr. Derek Moore and his hunting group, soon to be in the mountains over the next several days or more, and she shuddered. She didn't understand why Kent wanted to become a hunter of all things, the most dangerous job there was! Her mother the night before temporarily gave up nagging Kaya to find a husband, but only to talk about her brother becoming a hunter. She even dared say Kaya should talk to Mr. Moore about hiring him! It didn't matter to her mother that she only spoke to the burly, intimidating man when it was time to give him the villagers' orders for what animal they wanted him to hunt, or when it was time for him to collect his pay afterward. Nor the fact that mostly he spent his time with the men in the warehouses outside, helping with the skinning and tanning of the multifarious animals.
No, that didn't matter to her mother. She had the nerve to insist Kaya chase him down if need be, and beg him for Kent a position. It didn't seem to cross her mind that perhaps Kent should think of an alternative job. The only reason Kaya was even contemplating the silly notion was because of the desperation in her dear brother's eyes when he told her he'd tried several times to ask Mr. Moore himself but to no avail. For that reason alone, Kaya was positive she would have the same luck. The serious and curt Mr. Moore barely glanced at her when collecting from her what he needed before turning and leaving the office.
"Kaya, hello," Olivia Watts said, coming through the front door and interrupting her thoughts. Kaya shivered from the cold, and Olivia walked to the fireplace in the waiting room to stoke it. "It's a cold one out there."
"It always is," Kaya said, smiling at her bubbly friend. "I forgot you would be here to help me today. My mood is immensely better already."
"I'm here for the week. We have to get those orders in for the men, don't we? We must wish them well when they go off."
"Yes," Kaya said, stifling a groan. Olivia was married to Lucas, who worked for Mr. Moore. Olivia's constant fretting and worrying for him was another reason Kaya didn't want Kent to be a part of it. As a boy, he always wanted to be a hunter like their beloved uncle had been, but she thought the phase had passed. She rather hoped he would be a tanner like their father. Sadly, that never seemed to interest him.
"What's the matter, Kaya? I can see something's troubling you." Olivia pulled the chair out beside hers, getting her pens and paper sorted.
"How well do you know Mr. Moore?" Kaya asked, taking Olivia by surprise. She gave Kaya a quizzical look but was interrupted by the Clark sisters coming in, along with a gust of wind.
"So it begins," Olivia said joyfully, Kaya's question seemingly forgotten.