You are here: Products Her Brave Knight by Bethany Hauck 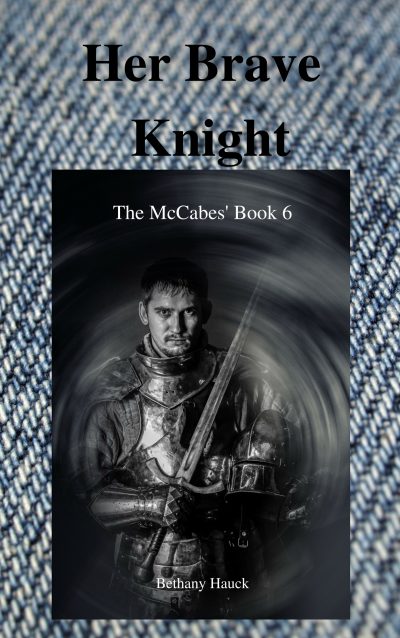 Her Brave Knight by Bethany Hauck

Emelia Scott has been held captive by Stephen Thompson for a very long time, and she hates him. To get his hands on lands that her family owns, he informs her that in two days she’ll be joining him, first at the altar and then in his bed. She’s not sure what to do, but she knows she can’t marry the man that killed her family.
Owen McCabe made a promise to free Emelia Scott from the Thompsons, and he intends to keep it. It takes him months of planning, but with the help of his friend, John, and Emelia’s maid, Kirstie, he’s finally able to locate her and help her escape.Nothing goes according to his plan, and Owen and Emelia are pursued, first across England and then Scotland, as Stephen Thompson tried to take back the woman he needs to complete his plan.
Owen will do whatever it takes to keep Emelia safe, including marrying her at the anvil in Gretna Green. The two will get to know each other well as they travel to the Highlands, finding they have much in common. Emelia can’t wait to see her family again, and Owen is determined to make that happen. Being young and impulsive, she makes some bad decisions, leading to her being bent over her new husband’s knee.

Although ‘The McCabe Books 1-6’ are stand-alone stories, I highly recommend reading book 5 “A Man of Honor” before reading book 6 “Her Brave Knight”. The stories in these two books complete one long tale. Many of the characters in this book have been introduced earlier in books 1-5.

I've always loved a good historical fiction spanking read, but I've found that sometimes the books are heavy on the spanking and not so much on the story. I wanted to write a book that focused on the storyline first and the discipline second.