You are here: Products Heels and Heroes by Tiffany Allee 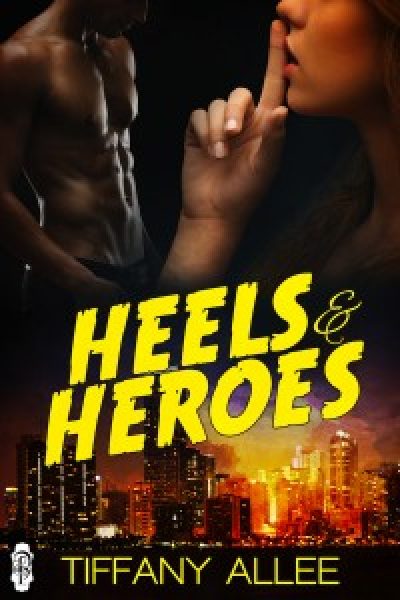 Heels and Heroes by Tiffany Allee

Brenda is a second-rate superhero, normally more concerned with uniform fashion than defeating bad guys. But when a violent, new super villain declares war against her city, she suddenly finds her specialized power to deafen sound in high demand.

As if facing the destructive force of a new enemy isn’t bad enough, she finds herself paired with the powerful, yet emotionally distant, Justice. Forced to work at the side of the only man who gets her heart pounding, Brenda is not only in danger of losing her life in battle, but also her heart to a man who might not be able to love her back.

Tiffany has an MBA in accounting and nearly a decade of experience in corporate finance. All super useful stuff for a writer who spends far too much time trying to figure out fun ways to keep her characters apart, and interesting ways to kill people (for her books—of course!).

I love superhero stories like X-Men and The Avengers. I started to wonder about the heroes who have less impressive powers. How difficult must it be to live as a superhero who isn’t all that super?

“You think only some superheroes are real?” he asked, shock rushing through him.
“Justice,” she said, after glancing around to make sure they were alone. “There is a difference between real superheroes like you who have the power to save people from villains on a regular basis and people like me. My powers, such as they are, don’t make me any different from Maria and other normal people. Yours do.”
“You think it’s the powers that separate us?” Before he realized what he was doing, he was up from his chair and standing only inches from her. Her face was turned away, and she had to look at him so he could make her understand. He touched her soft skin with his fingertips, tipping her chin up. A scowl cut across her full mouth at his touch, but she didn’t move away.
“Isn’t it?” Her voice was soft, caressing.
It took a moment for him to remember what they were talking about.
“It’s not our powers that separate us—make us heroes. Yes, us,” he added as she started to shake her head. “It’s the willingness to put on the uniform. To face things that might be stronger than ourselves in order to save other people. And the lack of power you’re talking about?” Her skin brushed against his as he leaned in to whisper. “That lack of power is what makes you a real superhero, Brenda, because you’re willing to fight in spite of that fact.”
She turned her head, mouth parted to argue with him, to deny what he could so clearly see. Bringing his face down inches from hers, he grazed her jawline with his knuckles. She swayed toward him, gaze fixed on his mouth. She licked her lips, and the last bit of control he’d clung to broke.
Her lips were soft—so soft—and after a moment’s hesitation she kissed him back with a zeal he hadn’t expected. The sweet smell of strawberries filled his nose, and it occurred to him on some level that the intoxicating scent was probably her shampoo. He reached for her, touching her back with his hand, needing to get closer, to feel her body on his. She pressed against him eagerly, and her mouth opened. Soft and wet, her tongue caressed his.
Suddenly he couldn’t think about anything but her. The way she’d filled out her tight, little uniform. And the sexy confidence she donned with her conservative blouse and slacks. He hardened painfully in his uniform, and she moaned. The small sound made every muscle in his body tighten. He didn’t care that they were practically in public. He had to have her. Now.