You are here: Products Heart of the Beast by Sonia Nova 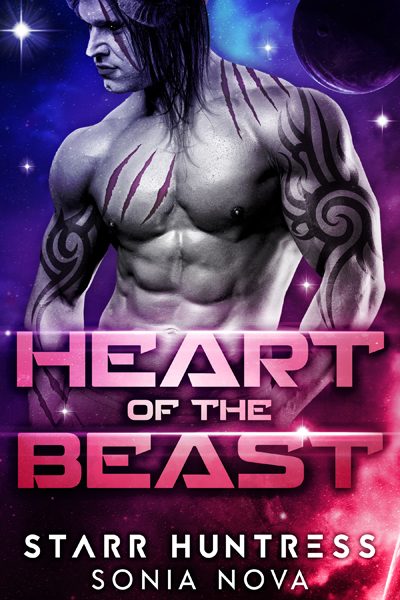 Heart of the Beast by Sonia Nova

A beastly pirate. An Alliance agent.
A dangerous mission that pulls them together.
Undercover in the shady parts of Riala, Agent Kira Medina has one job: to find out where human women are disappearing on the planet. A group of off-planet pirates raise her suspicion, but the whole mission is endangered when her cover is blown by an Ezak-X pirate.

When the Ezak-X offers to help her instead of blowing the whistle, Kira realizes she could use an inside man. She immediately regrets her decision when she starts working with Xeegan. The Ezak-X is annoying and reckless. But although he gets on Kira’s nerves, she can’t deny the way he makes her heart thrum…

From a life in captivity to a life as a pirate…
Xeegan has fought to survive since day one. He trusts no one, least of all the Alliance. But when a group of off-planet pirates offer him a job that seems too good to be true, and his acquaintance goes missing, the human female working for the Alliance might just be the key to finding out what’s going on.

No matter how much the female frustrates him, her sweet scent makes him feel things he’s never felt before… She clearly needs his help on this mission, whether she admits it or not.