You are here: Products Heart of Stone by Faye Hall 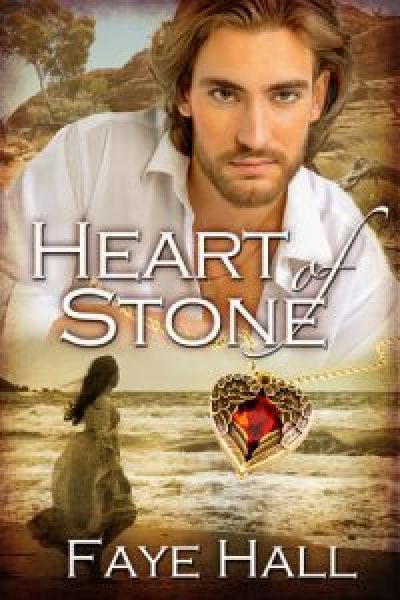 Heart of Stone by Faye Hall

She is happily married to her childhood sweetheart and soulmate and living in North Queensland.

Heart of Stone, is slightly different to my other books. The idea for that book came more from the unspoken history of blackbirding in our area of Australia. For those that don’t know, blackbirding was the title given to the slave trade in Australia’s past, mostly dealing with the islanders called Kanakas that were forcibly brought into the country. The main female character in the book is in fact an Irish slave, another scandalous past of Australian history.

Ruben shrugged. “People will always gossip, Bella.”
She pulled her hand away. “Why did you call me that?”
“I didn’t mean to overstep my place, but I had to say it,” he explained. Reaching to her, his fingers ran along the soft, pale skin of her cheek. “Bella means beauty, something you most definitely are.”
She lowered her face from his, but not before he saw the blush filling her cheeks.
“Please stay, Isabella,” he invited her again.
“I really must go,” she said, hesitantly leaning into him and kissing him on the cheek near his lips. “Thank you again, Ru,” she uttered softly before turning and stepping away from him.
She had just reached the door when she glanced back at him. “Bellymena.”
“What?” he asked, confused by what she had just said.
She smiled. “You asked where I grew up in Ireland. I grew up in Bellymena.”
Watching her leave his office, Ruben knew he wanted more than anything to see this woman again. There was something about her that was so hypnotic.
Driven by the need to know she was now safe from the men chasing her, he followed her from his office and back into the alleys that led to town.
Losing sight of her momentarily, his steps quickened. Hearing a scream up ahead, he ran toward it. As he rounded the corner, he saw her being captured by two burly men; men he had seen act as deckhands on the blackbirding ships.
“You’re a slippery little thing, aren’t you?” he heard a familiar voice say as a third man approached a very terrified-looking Bella.
His gaze going to the man who had spoken, his gut clenched.
“Let me go, Samuel,” she yelled. “Please let me go.”
Hiding in the shadows of the alley, Ruben watched as the old sailor walked toward her. He couldn’t believe the woman he had just been with was connected to the same man he was trying to prove a criminal. Samuel stopped in front of Isabella, his hands going to her chin, and Ruben found himself wondering exactly what kind of relationship lay between these two. As the older man’s lips connected to hers, Ruben couldn’t ignore her struggle to be free.
“I will never let you go,” Samuel said when his lips finally left hers. “Without your brother here to protect you, you are mine to do with as I please.”
Thinking now was the time he should again jump to this woman’s rescue, Ruben started to step around the corner toward those holding her captive. He’d only taken a few steps when a carriage pulled up and Samuel threw her inside before turning to his henchmen.
“Find Ruben and convince him to give me that ruby necklace. Now!” he ordered before instructing the driver to take off quickly.
Cursing himself for not going to Bella’s rescue earlier, he kicked the earth beneath his feet. Everywhere he turned it seemed Samuel was there, his deception bleeding into every inch of his life.
Even Isabella. But how was she connected to this evil man?