You are here: Products Heart Healer by Leslie Bowes 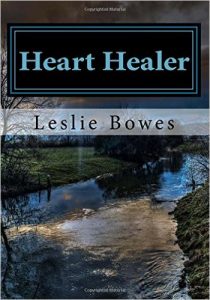 I lived in sc with my family and I love all things civil war.

I first wrote a book call Rose hill but that did not get published so I started working on a Second change at love but I filet something was missing form that book. So I went back to Rose hill and put that together with A Second Change at love and they become Heart Healer.