You are here: Products Haunted by Stephanie Brother 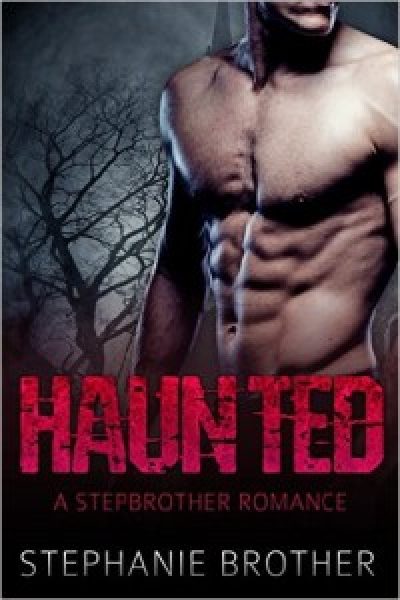 When Kim was just eight, Brian’s father had married her mother. Their parents had a rocky marriage, and it finally culminated in a dramatic event that tore them asunder.

Brian’s father was a man fighting many inner demons. One night, in a drunken rage, he forcefully ejected Brian from their home.

What happened to them the next day meant that Brian and Kim would be apart for the next twelve years.

Kim became a successful journalist, with a video blog she started called “The Wilder Thing”. One day, she gets an invite to be on the top-rated reality television show, “Haunted”.

Brian Cox is now the notorious bad boy producer of the show, which has become hugely successful and made him famous.

Kim can’t wait to see him again, but isn’t sure of her feelings because of how things ended between them.

Brian’s escapades are plastered across the tabloids – he always has a beautiful glamour gal on his arm whenever he’s caught out on the town.

Kim hopes that seeing Brian again help her let go of the painful memories of the night they parted.

Of course, nothing ever goes as planned!

Be the first to review “Haunted by Stephanie Brother” Cancel reply