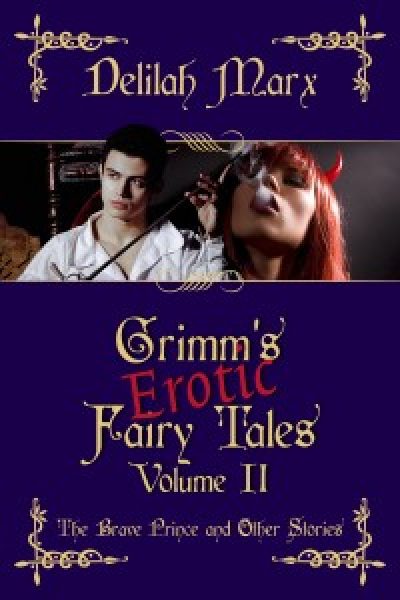 When you’re a brave Prince and you grow bored with your kingdom, what else is there to do but set out for adventure? But between being pinned by a Giantess and being tormented by vicious She-Devils, he might discover that he isn’t so brave, after all!

The three steamy fairy tales in this collection make for the perfect slice of naughty bedtime reading!

The Brave Prince – In which a King’s son is made the play-thing of voracious she-devils.

The Beautiful Musician – In which a cruel and buxom fiddle-player seeks a new companion.

The screaming became still louder, so that no one could have heard it without terror. The brave prince stayed sitting quite quietly, and was not afraid; but at last the devils jumped up from the ground, and fell on him, and there were so many of them that he could not defend himself from them.
They pounced upon him, teasing him with their womanly delights. The demons pinched him and pressed their devilish slits into his face. They pricked him and cackled as they twisted and tortured his cock. They beat him and tormented him, but no sound escaped from him.
Towards morning they disappeared, and he was so exhausted that he could scarcely move his limbs, but when day dawned the grey maiden came to him. She bore in her hand a little bottle wherein was the water of life. With it she washed his body and cleaned the demons’ mess from his skin, and he at once felt all pain depart and new strength flow through his veins.
She said, “Thou hast held out successfully for one night, but two more lie before thee.”