You are here: Products Greed: A Stepbrother Romance by Stephanie Brother 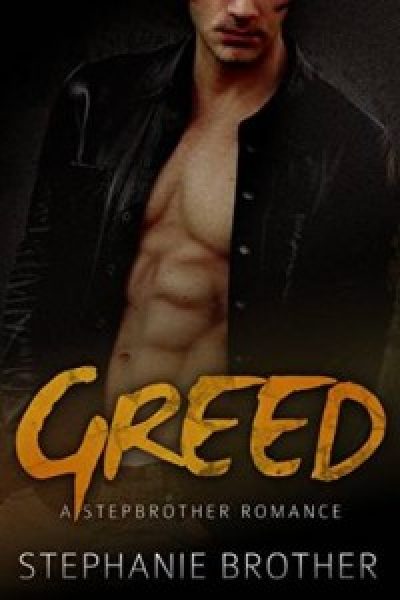 Lacie’s not looking for love. She’s racing against time to save the orphanage where she was raised from being demolished.

Enter Nicholas Jackson. A true alpha male, with an amazing body and a keen mind, Nick epitomizes the American Dream. He made his mark at a young age, and his empire is worth over a billion dollars.

Nick is drawn to Lacie’s strength and earnestness, not to mention her sexy body. He wants to be with her, and offers to help her, wanting to seize any opportunity to spend time with her. Their love blooms, and it’s not long before Nick decides he wants to spend the rest of his life with Lacie.

Just when it seems they’re on the path to true love, Lacie finds out her mother is getting married — to Nick’s father!

What happens to their plans when Nick is soon to be her stepbrother?

Greed is a stepbrother romance novella with no cliffhangers and a happily ever after! This is a first person point of view story told through the eyes of Lacie.

Stephanie Brother writes scintillating stories with step-siblings as their main romantic focus. She’s always been curious about the forbidden, and this is her way of exploring such complex relationships that threaten to keep her couples apart. As she writes her way to her dream job, Stephanie hopes that her readers will enjoy the full emotional and romantic experience as much as she’s enjoyed writing them.

Be the first to review “Greed: A Stepbrother Romance by Stephanie Brother” Cancel reply