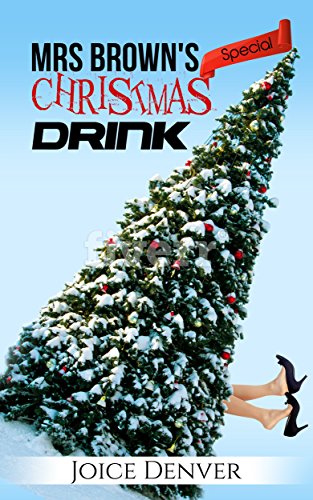 Vivienne adored evening parties. She was in her element then. Evening parties coaxed her out of her shell, brought forth her natural charisma. Or so she believed.

Nothing could have prepared Ralph for the transformation his beloved “Lamby” undergoes after she meets his brother and Grandma's special Christmas drink.

I am a writer from Toronto, Canada who enjoys writing women’s short fiction.

A Christmas “romance” that any women who has overindulged can relate to.

Vivienne first spotted Ralph Conner six months earlier at one of the two Quickie Marts he managed. She had just slipped in for some bread and ginger-ale when she heard a deep, commanding voice drifting over the aisle.
“It may only be one pack now, Sally, but one here and two there, and the next thing you know you’ve got a major problem on your hands, so let’s do it again.”
Vivienne had moved aside a package of paper towels and watched Ralph, with growing interest, as he exercised his authority. But it wasn’t until she glimpsed Ralph’s ring-less finger holding the clipboard that she smoothed her hair and pinched her cheeks bright. Then mindful of her posture, Vivienne sashayed to the counter, where the loaf of bread secured in her hand, mysteriously slipped to the floor, next Ralph’s shoes.
Patience was never one of Vivienne Blair’s virtues and it showed now, as she clipped her bangs to the side and caught sight of her brows. She went too far with the electric tweezers, and instead of the nice, arched shape the women on TV had guaranteed, Vivienne wound up with a couple of anorexic half circles above each eye.