You are here: Products Good Girls Don’t by Shiloh Walker 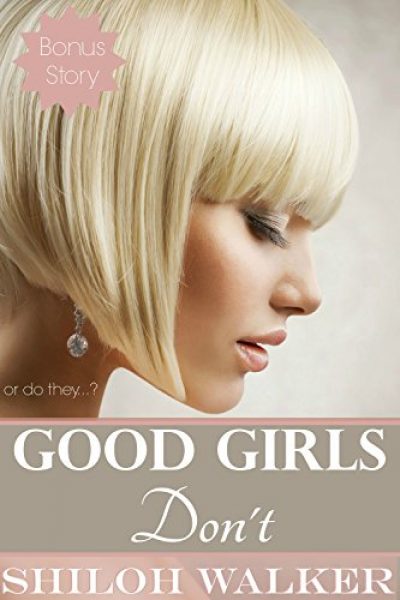 Lori is a good girl, although she’s got something of a wild streak trying to break free. Her nice, safe fiancé doesn’t want to play, though, so Lori keeps her dreams of sexy bedroom games tucked away in the back of her mind.

Then she finds out her fiancé does want to play…only not with her. After finding him with another woman, she kicks him to the curb and heads straight to Exposè, a club where anything goes. She’s isn’t sure what to expect, but she doesn’t expect to find her sexy next door neighbor, Mike Ryan.

Mike Ryan has had a thing for Lori since she moved in, but he knows she’s not his type. Even if she wasn’t taken, she’s a nice, safe girl…or so he thinks. When she walks into Exposè, Mike has to start rethinking things.

Is she just trying to shake off a bad break-up? Or is this something more? He doesn’t know but he’s definitely not going to let any of the other guys in the club move in on her. By the time he figures out Lori doesn’t need protection, they are both in over their heads.

Previously available, this book has been revised. No new material has been added. Bonus read included!

Shiloh Walker has been writing since she was a kid… she fell in love with vampires with the book Bunnicula and has worked her way up to the more…ah… serious vampire stories. She loves reading and writing anything paranormal, anything fantasy, but most all anything romantic. Once upon a time, she worked as a nurse, but now she writes full time and lives with her family in the Midwest. She also writes under the pen name J.C. Daniels.