You are here: Products Good As Dead by C.P. Mandara 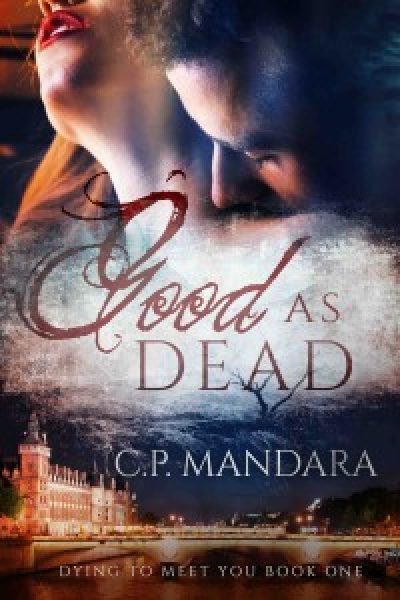 Good As Dead by C.P. Mandara

Six people want her dead. One vampire is under orders to keep her alive, but he’s hungry…and for much more than blood.

Lainey Hargreaves has a secret that she must keep at all costs, a secret that could change the face of the earth—forever. But not all secrets can be kept and when hers begins to escape, she is certain that death will follow. There is only one person that can extricate her from the mess in which she finds herself—a vampire.

Mercer is that vampire. His quick analytical brain will give them a head start against her assassins, but even he isn’t confident of success. He needs to discover what Lainey is hiding, unravel her secrets, and earn her trust. She will need to learn to obey his every order without question if they are to stand a chance of success. Where’s the best place to start? The bedroom, of course—all women find him irresistible. All women except Lainey, that is. She fights tooth and nail to deny the bright red spark blooming between them, only…

In her spare time she’s usually cuddled up with a good book, exploring the countryside or baking in the kitchen. In fact, she loves her kitchen so much she’s one of few woman who wouldn’t mind being tied to it! Her first and foremost love is writing, however, and more often than not you’ll find her on a laptop spinning tales of romance, erotica or dark, paranormal fantasies.

These naughty tales probably come from watching too much True Blood and reading too many ’50 Shades of Grey’ type books. Yes – I unapologetically love the naughtier side of life!!

Be the first to review “Good As Dead by C.P. Mandara” Cancel reply