You are here: Products Gone Hollywood: A Romantic Comedy by Sally Mason 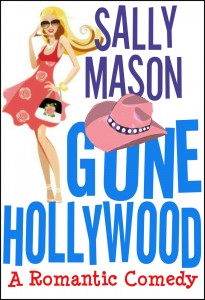 A comedy about getting lost and finding love. Movie star Cord McCann and farm girl Bobby Champagne collide in Hollywood (Hollywood, Texas, that is!) and start a romance that’s as sweet, sexy and hilarious as it is unlikely.

I was brought up on a diet of Hollywood romantic comedies and I’m at my happiest with a tear in my eye and a smile on my face.

Be the first to review “Gone Hollywood: A Romantic Comedy by Sally Mason” Cancel reply