You are here: Products Gone For You by Jayne Frost 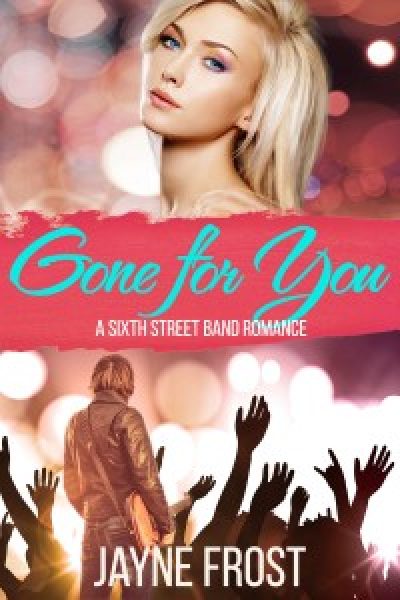 Gone For You by Jayne Frost

As the guitarist for the rock band Caged, I know the rules: no relationships. No complications. Leave ‘em smiling when you go, but always go. Besides, it’s not like I’m ever in one place for more than a few days at a time. As the next hottest thing out of Austin, the band and I are riding the wave, and the music is all that matters.

Lily Tennison has “complication” written across her beautiful face. But I can’t get involved. The timing’s all wrong. But she’s under my skin, and I can’t resist her troubled eyes and sweet smile. And I do have a little time to kill. Not much, just a few days in Dallas.

So I’ll scratch the itch and move on, like I always do.