You are here: Products Going Home for Bad by Penny Owen 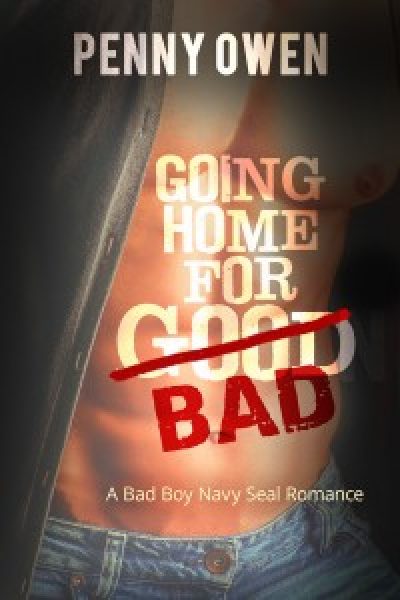 It’s the week before May’s hometown wedding and she is getting revved up between the sheets. But it’s not her brainy fiance Ralph on her mind; instead, she’s fantasizing about Blake, the hometown bad boy with whom she had countless steamy trysts before heading off to college twelve years ago. When she and Ralph head back to Madison, Virginia for a backyard wedding, May can’t help but wonder whatever happened to Blake.

She quickly finds out on her first day at her childhood home. He pulls up to the house in a tight t-shirt with more muscles and tattoos than she could ever have imagined. While seeing Blake revives an undeniable sexual tension between the two, May has trouble remembering what is was that made her fall for Ralph. Will she settle for Ralph’s safe yet complacent attitude, or will Blake’s gruff, throw-down demeanor force her to change direction at the last minute?