You are here: Products Godhunter by Amy Sumida 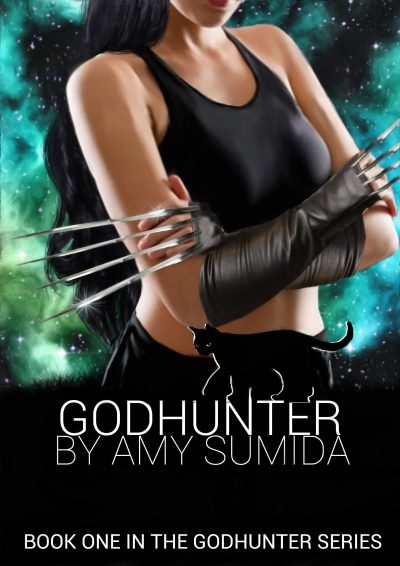 Myth and magic collide in this award-winning, action romance where gods manipulate the human race, and one witch stands against them. When Vervain uncovers the truth about the Gods, she is forced into the role of a vigilante witch; hunting the Gods before they can hunt her. But as the Godhunter falls deeper into the world of Immortals, she finds herself in the middle of war where she may just become humanity’s greatest weapon… in the hands of a sexy, rebel god.

Amy Sumida is an Award-Winning, Best-Selling, Internationally Acclaimed author of several series including the most beloved Godhunter Series and the musically-oriented Spellsinger Series. Born and raised in Hawaii, she's recently made the treacherous journey across the sea with her feline family in her arms, to a new, promising land; Oregon. She enjoys painting, bellydancing, and gilding everything within sight. But most of her time is spent writing; creating imaginary worlds that she prefers to the real one.

Religions have always fascinated me. I started to wonder what the Gods would be like if they were real and how they would deal with followers who abandoned them. I did a lot of research into myths and religions and thought about what kind of paranormal creatures may have come from certain gods. A quick example woulf be Fenrir, the Norse Wolf God. In my books, he's also the father of Werewolves. After creating the Gods, and their motivations, I found that a lot of them would be working against humanity. So, I needed someone to fight against them. The Godhunter was born.

Be the first to review “Godhunter by Amy Sumida” Cancel reply