You are here: Products Gnome On The Range by Jennifer Zane 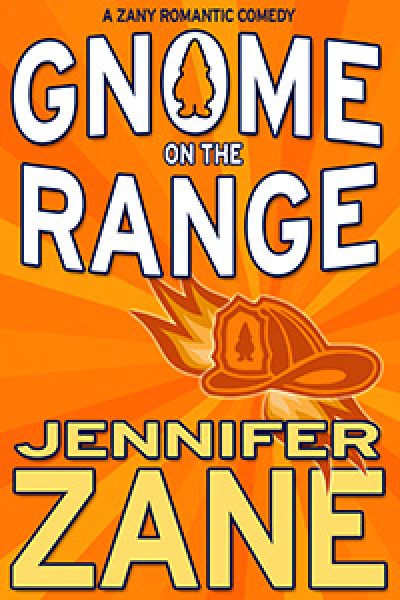 Gnome On The Range by Jennifer Zane

Jane West has everything a woman could want. A job in a small Montana town’s only adult store, two busy young boys and one dead husband. Everything except a little excitement–a little zing. But that changes one summer morning at a garage sale when her kids buy some garden gnomes.

Now someone wants those gnomes and will let nothing get in their way. Including Jane. This new excitement for Jane spells trouble for a relationship with new neighbor–and hot fireman–Ty Strickland. Can Jane and Ty handle a relationship meddling mother-in-law, crazy kids, and stay alive while trying to solve the mystery of the garden gnomes?

Jennifer Zane has lived all over the country–from Georgia to Maryland, New York to Colorado. including an exciting five years in Montana. Her time in Big Sky country was the basis for this book. When she’s not writing, she savors the insanity of raising two boys, is figuring out how many meals she can make with a pressure cooker, and teaches a pretty mean karate class. She currently lives with her family in Colorado.

Living in Montana for 5 years. So many amazing people there and I was able to use the best bits from everyone to make the great characters.