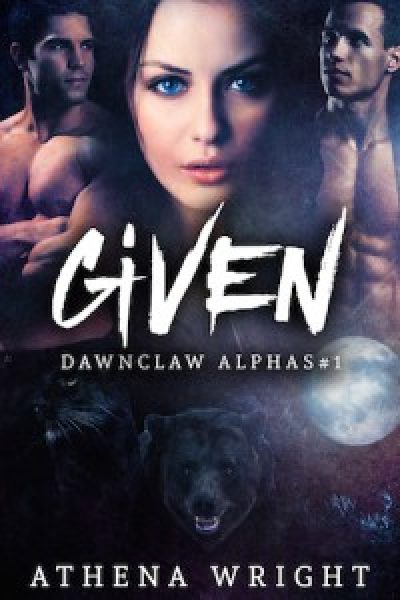 Avery thought she was finally escaping. She thought the frightening yet alluring shifter who shattered her chains was her savior. Avery didn’t know she was just exchanging one cage for another.

Her scent overwhelmed me. For a split second I forgot about my mission. The girl opened her crystal blue eyes and a shock blew through my system. My instincts roared to life.

A slow pulse of arousal throbbed between my legs. It had to be the adrenaline. This shifter carried a gun, had killed his way through my clan, was probably going to kill me. It was crazy. I had no idea why I was reacting this way.

All I knew was, I wanted him.

Given is the 1st of 3 parts in the Dawnclaw Alphas Dark Romance serial, featuring Alpha Males, Werebears, Werepanthers, and lots of explicit romance. Some parts may end in cliffhangers.

I love dark romance and have rarely seen the genre mixed with paranormal, so I thought I’d write my own with shifter werebears and werepanthers.

Be the first to review “Given: Dawnclaw Alphas #1 (A Paranormal Shifter Menage Dark Romance Serial) by Athena Wright” Cancel reply