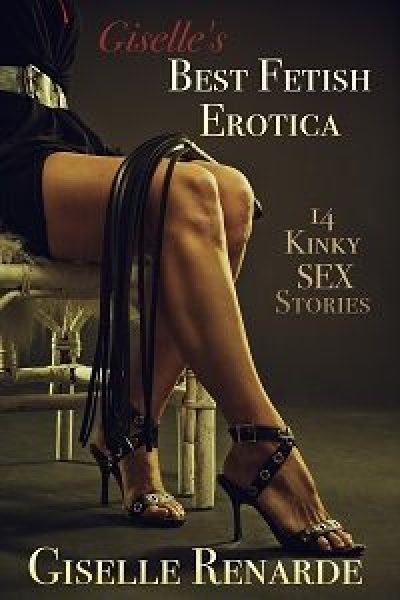 From kinky costumes to sex dolls, Giselle’s got you covered!

Giselle Renarde is an award-winning queer Canadian writer. Nominated Toronto’s Best Author in NOW Magazine’s 2015 Readers’ Choice Awards, her fiction has appeared in well over 100 short story anthologies, including prestigious collections like Best Lesbian Romance, Best Women’s Erotica, and the Lambda Award-winning collection Take Me There, edited by Tristan Taormino. Giselle’s juicy novels include Anonymous, Cherry, Seven Kisses, and The Other Side of Ruth.

When she arrived at their door, it was like Christmas morning.
Natsuki started life on the other side of the planet, shipped all the way from Australia. She cost nearly as much as Honor’s used Honda Civic, but unlike the Civic, Natsuki had no previous owners. Nobody had ever taken this girl for a ride. Honor and Tom would be the first.
“I haven’t stopped thinking about her,” Honor said as the scooped handfuls of packing peanuts out of the huge reinforced cardboard box. “Maybe it’s the eyes, or the lips. I don’t know, but I literally haven’t gone one day without fantasizing about this girl since that night you first showed me her picture.”
Tom smiled. “I can’t remember the last time I saw you so excited about something.”
“I get excited about you,” she said.
“Yeah, well…” Tom stopped short when he found the bare, soft curve of Natsuki’s ass.
They stared in silence, both of them, before scooping those damn peanuts onto the floor like they were bailing out a sinking ship. She was upside-down in the box, her fingers and feet mummified with cling film. Her head was bare. The black human-hair wig they’d ordered rested beside her left arm, and Honor picked it up while her husband lifted Natsuki’s naked body into his arms. He looked like a firefighter carrying an unconscious woman from a burning building.
“Should we put on the lingerie?” Honor picked that out of the box, too. The fishnet stockings, bra, panties, and sexy schoolgirl outfit all came free with the purchase of their sex doll…