You are here: Products Girl of Puzzles by ANR 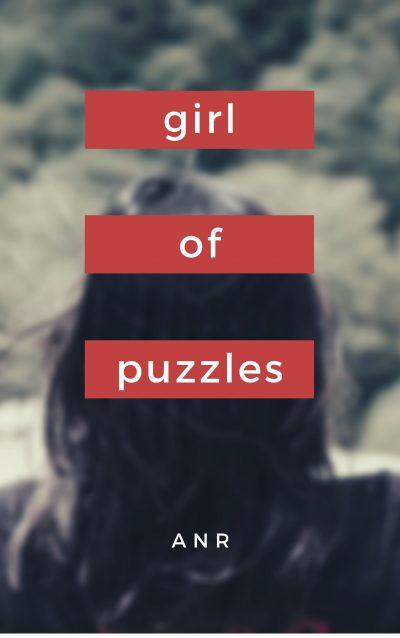 Girl of Puzzles by ANR

Henry moves to town and runs into a girl, or rather, she runs into him. But not just any girl. He runs into Bonnie Mayweather. Bonnie is the blind girl at school, and quickly he finds that Bonnie is the ultimate girl of puzzles. And her puzzle will only be solved depending on Henry’s love.

ANR has been writing since 2017 and comes from a family of writers. The young, teen writer is a dedicated volunteer at the Lawrence County Museum and also enjoys photography and poetry.

Coming from Lawrence County, Ohio, ANR published her first book just a week before her fifteenth birthday. Coming from a family of writers, her grandfather being the author of multiple published books, her mother is a freelance writer for their local newspaper, being a writer is just in her blood.

She has three younger sisters and two older brothers and currently lives on a homestead in Ohio, raising their six chickens, one rooster, two dogs, five rabbits, and one cat.

The first book she ever started writing was Tree Top, but it was not the first work she published. The first-ever book published was The Butterfly Project on February 29, 2020.

ANR has been volunteering at the Lawrence County Museum since she was twelve years old and does beauty pageants in her free time.

In 2017 ANR was diagnosed with depression and anxiety, both of these conditions only worsened up until the age of fifteen, where she found her outlet. As shown in some of her poetry, ANR struggles daily with her mental health and tries to portray that in her writing. She runs a mental health blog and is fixed on helping others through her work.

I wanted to prove that you can have love without lust.

“Is it pretty?” Bonnie asked her voice sad and Henry looked at her face sad. “I don’t remember. I forgot what it looks like up here a few years ago. Places aren’t as easy to remember as people.” He felt sad for her.

“Yeah, it is pretty.” He tried to describe it the best he could, but he sounded like an idiot. Finally, he took her frail left wrist and removed the mitten.

“What are you doing Henry?” He brought her cold, skinny fingers to his cheek and pressed the palm there.

“It looks cold.” He whispered. “If that makes any sense.” He snuggled his cheek into her hand, and she brought the other up, taking off the mitten and putting it against his other cheek. She started feeling his face again, but… she felt more. She felt that there was a little thinner of a wall between them now.

Her thumbs gradually glided to his lips and he gulped, sighing. The cold breath was visible to him as it left his mouth and she leaned in, inhaling deeply. When she exhaled, he watched the cold breath float through the air, leaving her lips slowly.

“Ya know, one of the worst things is that nobody takes me seriously… due to my impairment.” She started feeling his curly blonde hair. It was soft, and cold and somewhat wet from the snow starting the sprinkle in the air. He opened his eyes and found hers closed.

“I take you seriously.” He murmured. “You being blind doesn’t matter to me.” She sighed and thought about his words. They were so sincere and sensual, soft. It doesn’t matter… The words played around in her head.

“You don’t care that I’m… different?” He leaned close to her face and his cold breaths hit her. He was sad that she thought he would care, that it would affect them somehow. She was hopeful that his words were true, but at the same time, she questioned them, afraid.

“It doesn’t matter.” He repeated softly.