You are here: Products Gilded Lily by Vivian Winslow 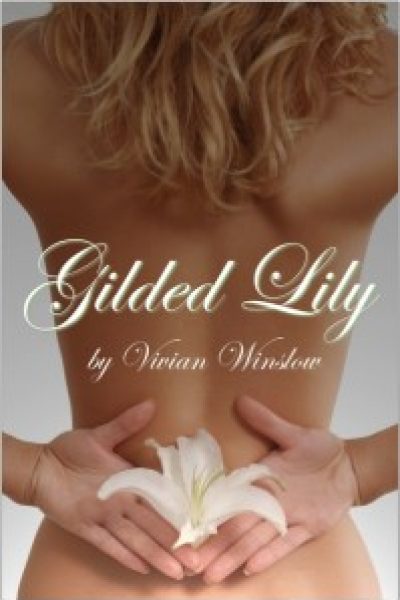 After catching her fiancé Jack in bed with her sister the day before her wedding, New York socialite Lily Baron escapes to Rio, her honeymoon destination—alone. There, Marcelo, the dark and sexy hotel masseur, releases a heated passion Lily had never experienced with Jack. When Lily meets handsome and powerful Brazillionaire Gustavo de Lima, she can hardly resist him. There’s just one problem. He’s married. In this uber-sensual city, will Lily’s reluctance to be with a married man, in light of her own fiancé’s betrayal, give way to her burning desire for Gustavo?

Vivian Winslow was born and raised in Southern California. Before becoming a writer, she made a career out of moving around the world every couple of years thanks to her husband’s job. She currently lives in New York City with her husband and two elementary school age children, and is grateful to finally have a place to call home for more than two years. New York is the perfect city to indulge her love of shopping, the arts and especially food. If she’s not at home writing or running around the city with her kids, you’ll most likely find her indulging in pizza on the Lower East Side or having a cocktail at her favorite bar in Alphabet City. That said, she’s still a California girl at heart and would gladly trade in her heels for a pair of flip-flops to catch a sunset on the beach.

This is a series about girl power. I want the personal struggles of my characters to exemplify how we, as women, have the ability to take charge of our lives and not be afraid of that power. We can make our own rules and live by them with confidence. Yet still want men and have hot sex. The latter being very important.

Gilded Lily
The Gilded Flower Series
By Vivian Winslow
Chapter 1
“I walked in on them, mom. You think I don’t know what my own fiancé looks like?” The thought of her fiancé and sister’s naked bodies intertwined was seared on Lily’s mind. It was almost like looking in a mirror— watching her twin sister, Dahlia, betray her with the man she loved. The man she was ready to pledge her life to.
“Well, you know how your sister is, it could’ve been anyone,” her mom replies.
“But it wasn’t just anyone. It was Jack, and on the night before we’re supposed to get married!”
“Darling,” her mother says, patting her head like a two-year old child who just dropped her lollipop. “You can still get married. It’s not too late. Men are all the same— it’s time you learn that.”
Lily looks up from her pillow at her mother and around her room, still the same since she went away to boarding school eleven years ago. Pink and purple with a large, canopy bed, a bed “fit for a princess,” her mother had always said. And for all intents and purposes she was a princess, living a privileged life in New York City— the best schools, the right friends, and the (former) perfect fiancé.
“What are you saying, mother? That it’s ok for Jack to screw anyone he wants?”
“Oh, honey. Men have needs. It’s pure biology. Doesn’t mean he wouldn’t make a good husband and father.”
“Are you saying Dad cheated on you?” Lily sits up, wiping away her tears.
Her mother turns away for a moment and picks up a family photo on the nightstand. “It’s the unspoken rule here on the Upper East Side, Lily. With the house in the Hamptons and the chalet in Aspen comes infidelity. I thought you’d had some clue. But it’s my fault. I’ve kept you sheltered because I hoped for a different life for you than mine.”
“But why didn’t you tell me sooner? I never imagined Jack would cheat on me.” Lily falls back onto the bed.
Her mother faces her and raises an eyebrow. “Jack is no different from his father. His family has a lot of money and influence in this city. Even more than we do. Our two families would make an incredible alliance.”
“So that’s all this was to you, some sick power game?”
“Marriage is business, Lily, not love. And in New York, power isn’t just about how much money you have, but the friends you can count in your corner. You want love, go have your own affairs. After what he’s done, Jack can’t expect fidelity. Just try to be more discreet than he was.”
“But it was love. I’ve loved him since the first day I laid eyes on him,” Lily says, remembering how he offered to share his umbrella with her when they walked out of Intermediate French one afternoon.
Her mother caresses her hair. “I know honey. That was your first mistake.”