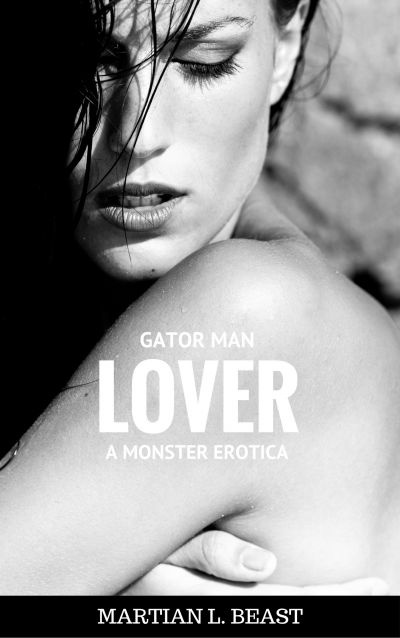 After the death of her husband, Nelly went deep within the bayou. Consumed by sadness she spent her days thinking of what could have been . The bayou has many secrets and Nelly has been noticed by one of those secrets. Nelly’s darkness is about to end and the bayou is about to bring her a light from an unexpected friend.

Not one to dismiss a tale without due consideration, Martian L. Beast has spent the past thirty years traveling throughout the North American wilderness, following leads and half forgotten stories as he searches for creatures that science says don’t exist. His adventures have taken him to forgotten parts of the Southwestern desert, deep into the shadowed forests of the Rocky Mountains, and into the sweltering depths of the bayou.

The inspiration for this story comes directly from my journal. Why would I tell it? Because no matter how dark one person world becomes. There is always a way to find the light. Even if it that light comes from unfamiliar sources..

She was consumed by the rolling waves of heat that continued to surge through her, tearing away nearly a decade’s worth of pain, eviscerating her soul.
Nelly cried out and tore herself away from the man, clenching her eyes shut in pain. Opening her eyes, Nelly found herself still sitting in her chair on the deck. She shook her hand, releasing the still lit cigarette that had burned down to her fingers.