You are here: Products Fur Elise by PeggySue Wells 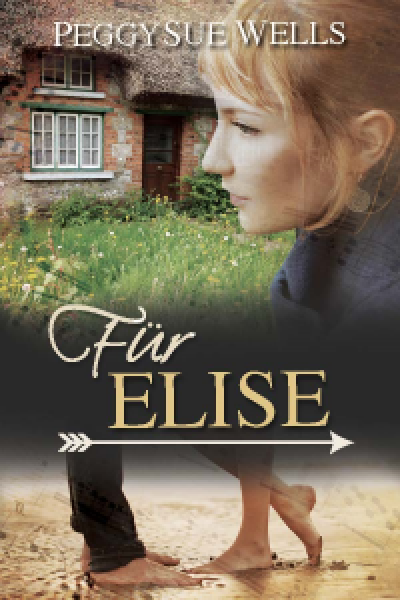 Raised on a Nebraska farm by a single mom who dared him to dream big, Michael Northington became one of America’s military elite, a parajumper or PJ. For Michael and his childhood friend, Bryce, this was the way to save, rather than take, lives.

But when Michael learns his mission contributed to the death of a friend, he resigns. Bryce journeys to St. Croix to coax Michael out of early retirement for an overseas assignment he doesn’t want to do alone. Reluctantly Michael agrees and touches off a series of events that force him to face his father’s abandonment, the tragic loss of his family, and the sinister mystery surrounding his friend’s untimely death. Discovering his heart, Michael finds Elise at the center.

Busy keeping her father’s musical legacy alive, the historic atmospheric concert theater in repair, and exploring an expected romance with her childhood sweetheart; Elise has little interest in the mysterious stranger who has taken over the cottage. But as dangerous men and Hurricane Hugo bear down upon the island, threatening everything she has ever known, Elise realizes she is unexpectedly in love with the rugged and principled Michael.

PeggySue’s books have been translated into five languages and sold internationally. A frequent radio guest, PeggySue writes for magazines, instructs at writers conferences, is a writing coach, and speaks at corporate, homeschool, and women’s events. PeggySue serves as board member for RemedyLIVE, where “We chat, we listen, we love.”.

My son was in the military at the same time my daughters were involved in an international classical music camp. Sitting in the stellar concerts listening to the top conductors and musicians performing timeless compositions, I wondered what life was like for my son. The two came together to feature a hard rock-loving, life-saving spec ops military guy who goes to an island to recover after a tragic assignment and meets the classically trained Elise.

Chapter 50
He coughed and choked, convulsed and vomited. Michael had never been so scared in all his life. That had been too close. In that immediate moment he thought of Elise. He wanted to see her more than he wanted anything in the world.
“Yo, Dog.” Bryce’s familiar voice danced at the edge of reality. He felt strong hands grip his trembling shoulders, and then Bryce’s thumbs kneaded his shaking arms.
Feeling waterlogged and heavy Michael opened his eyes. Bryce’s grinning face was as welcome as a cold beer on a stifling day. His buddy was at his side in the dark water. Michael’s head rested on a flotation ring supported by Claire, whose teeth chattered violently. A tugboat idled next to the sodden trio. Looking up he watched Corbin and the boat’s pilot securing the underwater attacker who had obviously been gaffed and hauled aboard, thanks to the tug’s towing equipment.
“Breathe,” Bryce coached. “In slow.” Michael inhaled a lungful of oxygen and held it in an attempt to calm his quaking body. “Exhale,” Bryce instructed. “Nice and slow.” Obediently Michael released the air in his lungs. He squeezed his eyes tightly closed and pictured Elise as he had last seen her. Facing him, her blue eyes framed by her blonde hair as the trade wind carried the fragrance of plumeria, frangipani, night jasmine, and gardenia to him—the piece of paradise he’d brought along when he left the island.
“You okay?” Bryce patted his cheek. “Stay with us, Mikey.”