You are here: Products Forgiving You by Ginnie Carmichael 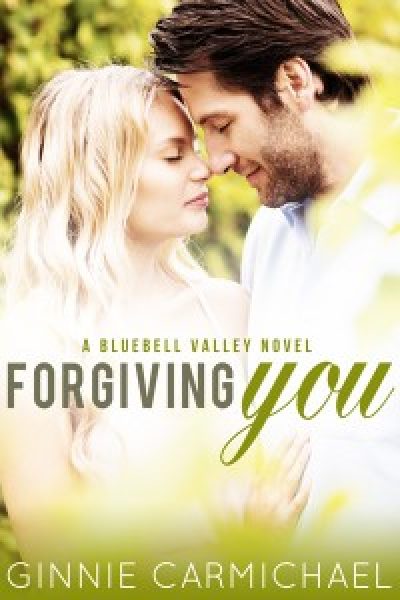 Forgiving You by Ginnie Carmichael

It’s been ten years since Austin abandoned her.

Sam still can’t get over it. He was her best friend and the first man that she ever loved. How could he throw that all away?

Stuck in her hometown, Sam has been running the family bakery to support her widowed mother. Without Austin around, it quickly became her prison.

Leaving Bluebell Valley seemed like the best thing that ever happened to the new billionaire, Austin Cole. His company, Cole Technology, has made the world a better place and he’s been rewarded handsomely for it. If it wasn’t for the never-ending loneliness in his heart, his life would be perfect.

When he’s offered an opportunity to go back to Bluebell Valley, Austin knows it’s his chance to repair all the damage he’s done. One last chance to win back the heart of the girl he’s never stopped loving.

Can Sam ever forgive him and let Austin into her heart again?

Ginnie is a French-Canadian author who decided to follow her dreams and live a creative life. She’s been writing since she was fourteen years old and it’s not a surprise that she chose this path. Being an author also allowed her to travel full-time with her boyfriend. Both her childhood dreams came true and she is ready to do whatever it takes to keep writing and traveling. If you want to know more about her lifestyle and where she currently is, check out her travel blog: FarmBoy and CityGirl

I loved the idea of friends who get a second chance at love. So often, we hesitate and miss opportunities. I wanted to write a book about people who did that, but who were destined to be together.