You are here: Products Forced Disappearance by Dana Marton 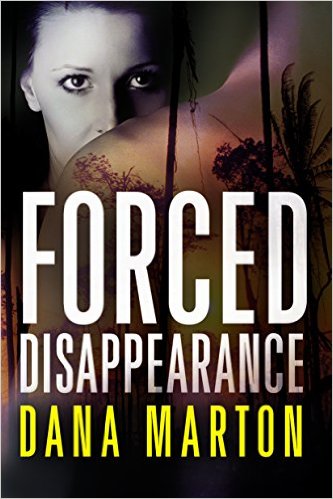 When wealthy American businessman Glenn Danning goes missing in Venezuela, investigator Miranda Soto volunteers to track him down. It’s her first assignment for the Civilian Personnel Recovery Unit, but this mission is about more than salvaging the remnants of her shattered military career. Glenn was Miranda’s best friend and first lover, and she’ll do anything to save him from danger…especially since she just lost everything that mattered to her.

Glenn barely survived being kidnapped and tortured as a suspected spy, but the shock of seeing Miranda again gives him a new lease on life. Their still-simmering attraction grows hotter as the couple races through the treacherous jungle. Determined to reach safe ground, they must stay alive long enough to stop the terrifying enemy who still hunts Glenn. And even if they survive, Miranda’s dark past could jeopardize their future together…

After studying business, Dana began her carrier in the corporate world, but snapped out of that silliness real fast and went back to college to learn about writing at Seton Hill University and then at Harvard University. She finds that life is much more rewarding when you’re following your passion and doing what you were meant to do. If you have a dream, go for it and don’t look back!