You are here: Products Forbidden Fantaseis by Sai Marie Johnson 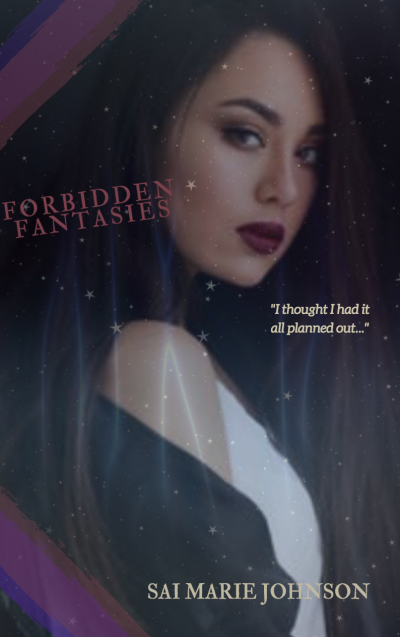 Araceli Nativa – sheltered and yet looking to expand beyond her small town Alabama raising, Araceli’s attending
Vanderbilt University in Nashville but so far she hasn’t broadened her horizons in the least. A pretty and successful student, Araceli spends all her days studying, attending class and living a fairly boring existence. That is until her dorm mate peer pressures her to attend the biggest frat and Halloween party on campus and when Araceli finally breaks out of her closed up shell, the consequences might just be devastating.

Abel Slaine – For centuries he has scoured the earth searching for her, the demonic queen who stole his beloved before they ever had the chance to thrive. She and all of her dark daughters have been his target for millennia and now there is a new one who will find her death at the end of his hands one way or another but putting plan to action may prove more difficult than Abel has bargained for when his prey becomes more than a deathly pursuit.

Sai Marie is an author, creative writer, and concept creator. She resides in the Great Pacific Northwest where she enjoys the flora, fauna, action and adventure that bred the Pioneer Spirit. With a heart for advocacy, animals, the environment, and great imagination she is sure to capture your attention with something for everyone.

It's a paranormal romance that was actually the first real novel I ever began writing way back in 2007, right about this time. I handwrote the first 100 pages in a spiral bound notebook and let one friend read. A read who is a huge Laurell K Hamilton fan and took it upon himself to share it with her. Laurell actually emailed back and he showed me the email with her direction and support on how to see my writing career begin. I was scared and naive, so I put the book away and left it to collect dust for years.