You are here: Products For the Love of Geese by Melissa Shirley 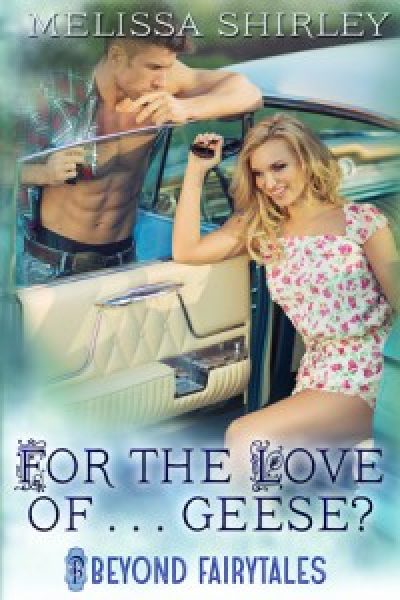 For the Love of Geese by Melissa Shirley

When pampered publishing princess, Rebecca Heller crashes her father’s Porsche, her parents are livid, doling out the punishment of the century. Being exiled to live with a grandmother she never knew existed is one thing, but to live in a house that can fit in her closet without electricity or running water? Insanity.

Enter Dylan Laugherty—an Adonis in tight jeans and flannel shirt. He’s sarcastic, funny, and hot enough to make hell boil over. Believing him the storybook knight in shining armor, she flaunts her style and grace, but instead of asking for her phone number, the farm boy showers her with hostility.

How can she be expected to survive a six-month banishment to a place where she can’t use a blow dryer and geese attack her Gucci shoes? Not to mention the brooding farm boy she can’t stop thinking about.

As an author, Melissa Shirley believes in fairytales, happily ever after, and destiny. Born and raised in Illinois, and a mother of eight, she lives with her husband and three youngest children in a quiet town in the southern part of the state where she spends her time writing and watching her children grow into the people she has always dreamed.

I discovered a call for retelling of fairy tales on the Decadent Publishing website and immediately thought how fun it would be. I was thinking Cinderella or Snow White, but I was assigned The Goose Girl at the Pond by The Brothers Grimm. Having never heard of it before, I was flubbered. Then the story came together and I am so glad..