You are here: Products For A Lifetime by Dallacey E Green 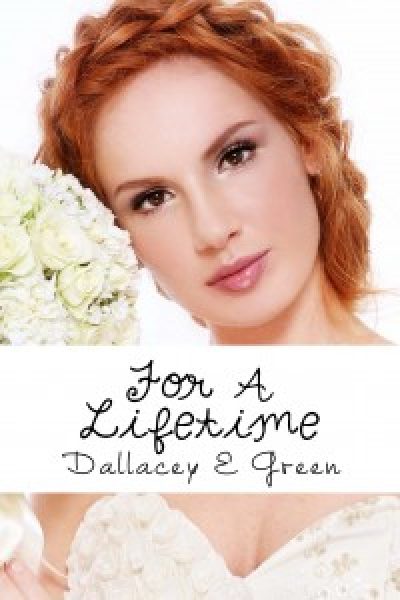 For A Lifetime by Dallacey E Green

Sapphire has experienced a lot of financial difficulties and she feels as though she will not be able to support her mother or her younger brother Jimmy. When all hope seems lost she is offered a job as a nanny from a rich and successful owner of a photography magazine, Anthony Black. Sapphire should be excited, only she has never really liked Anthony, they have never truly gotten along and she had always been in love with Anthony’s twin brother Andre. So why instead of making her his nanny, has Anthony asked Sapphire for her hand in marriage, a marriage for a lifetime?

I was inspired by the quote, “There’s a thin line between love and hate.” I wanted to write about a couple who grew up around each other, thought they couldn’t stand each other, and finally realized that they were in love. I wanted to show in my story how a handsome and intimidating man could be gentled by a little woman, and how that woman could finally feel safe enough to let him inside her heart.