You are here: Products Flither Lass by Graham Higson 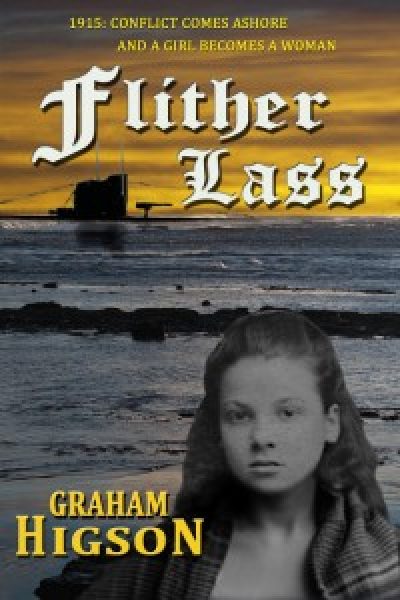 The First World War has been waging for six months, and in a small English coastal fishing village, 16-year-old Amy Trott is ignored and derided by most of the villagers. She is devastated when her father, a fisherman, is lost at sea. In her denial of events she searches the shore, convinced that he will return, but instead of her father she finds an injured refugee, on who she focuses all of her attentions. The trouble is, he is German …

He lists his hobbies as swimming, reading, watching lots of screen drama, and helping to republish the novels of Leo Walmsley.

I got the title even before the story. I saw this girl on a Victorian magic lantern slide—well, she was a young woman, really—and I wanted to write about her. More than anything, I think it was the look in her eyes that got me.