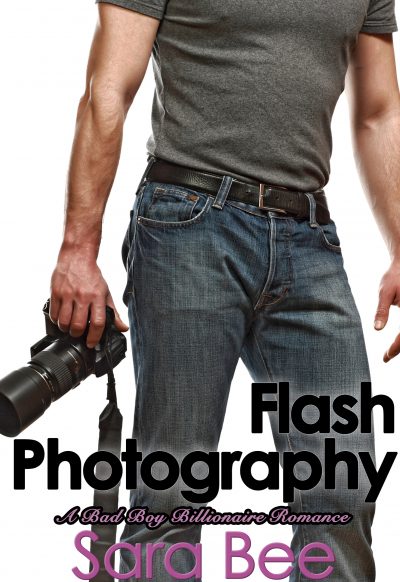 She’s trapped outside of her house and wearing only her bathrobe…which got caught by the front door. The locked front door. But when the billionaire next door comes to rescue her, she’s not exactly thrilled to see him. Derek Mayberry may be pretty to look at, but that’s not nearly enough to make up for what a tool he is. Unfortunately, she’s desperate, and when he offers to bring her to his place, she can’t say no…

I'm a longtime bookworm who eventually turned to writing so I could create more of the stories that I wanted to read. My favorite stories always involve romance, sex, spunky women, and a happily-ever-after. Bonus points if it's a romantic comedy and/or a hate-turns-to-love story!

When I'm not writing, I'm either working at my day job, running, playing around with makeup, or baking.

I started writing as a child when I read a quote by one of my favorite authors. When asked what inspired her to write her first book, she replied that she'd written the story that she most wanted to read. As a pathologic bibliophile, this resonated with me, and I've been writing every since.
This book was inspired by the boy next door who I had a crush on a long time ago in high school, as well as several men I know now who, no matter how sexy, ambitious, and powerful they are, always make me smile with their teasing and flirting. There's just something about a guy who jokes with you but then holds your gaze for an extra beat with THAT smile, that makes me weak in the knees, and I tried my darndest to capture that feeling in this story.

When Chelsea emerged from her room an hour later, thoroughly pampered and relaxed, it took her only a few wrong tries before she found her way back to the kitchen. Derek had found her a large white T-shirt, as promised, and left out some exercise shorts and boxers that she desperately hoped were new. At least he hadn’t handed her a pair of women’s panties, she supposed.
“Wow,” Derek said, followed by a wolf whistle as he took her in. Chelsea had opted for the T-shirt with the boxers just peeking out below, as the exercise pants couldn’t be held up around her waist no matter how hard she tied them. “Your tits look good even in a shirt twice your size.” When Chelsea gave him an annoyed look, he defended himself. “Just a compliment! Sorry to offend you.”
“You are not good at this not-being-offensive thing,” Chelsea retorted.
“True. I’m much better at being a good host. Would you like something to eat or drink?”
Chelsea was hungry. She thought wistfully of her bowl of cereal waiting for her at home. “I could eat, if you’re going to make something for yourself.”
He gave her a strange look. “Who cares whether I’m hungry? You’re hungry, so I’ll make you food.”
“What do you have for food, anyway?” Chelsea asked doubtfully as he gracefully rose from the couch and headed towards the kitchen. She thought back on the bachelor pads of exes past, always with a sparsely stocked refrigerator. “Should I maybe just order delivery?”
Ignoring her, he threw open his fridge. “What sort of food do you want?”
Curious, Chelsea peeked past the door to look inside. “Jesus Christ! I thought you said you were a photographer! Are you actually secretly a soccer mom or something?”
He grinned at her. “Thought I couldn’t cook, didn’t you? Were you expecting, what, a fridge full of beer? Because I’m a man? Well, you’re spot on because I’ve got one of those too.”
“You really cook? All this? For just yourself?”
“Not just for myself! For my friends.”
Was that was happened at his loud parties? Were they all actually dinner parties that were set to house music? Chelsea shook her head in wonder. “Can I make an omelette? You don’t have to go to any trouble, I’m happy to cook them myself.”
Pulling out the carton, he wagged a finger at her saucily. “Uh huh, because now I have to prove to you that I, a knuckle-dragging, Y-chromosome possesser, can actually make eggcellent eggs.”
Chelsea snorted at the unexpectedly silly pun. “It’s not because you’re a man, it’s because…well, never mind,” she said lamely. She had assumed he lived on a diet of sex, drugs, and — well, house music — but she didn’t need to share her low opinion of the man who was about to cook her a meal. Even though he by all appearances was impervious to insults, she believed it was never a good idea to offend people when food was involved.
“Because what?” Derek said, setting the eggs down and taking a step towards her, trapping her against the counter with his body. Immediately, Chelsea found that she was having trouble breathing with him this close. The spicy scent of his aftershave wafted over her, mixing with the heat that had suddenly filled the room. “Come on, Chelsea. I can handle it.”
Chelsea opened her mouth but even if she’d wanted to, she couldn’t answer his question; he had rendered her speechless by his proximity. If she leaned forwards just a few inches, she’d be able to kiss him, and for some reason she couldn’t shake that thought. He smiled down at her with a wicked gleam in his eyes, before letting his eyes languorously trail down to her lips, and then along the rest of her body. Under his gaze, she could swear she felt her nipples hardening. She wished more than ever that she was wearing regular clothes and a bra.
Derek took another step closer to her, enough so that they were only just not touching. Her breathing had become ragged and was loud in the charged silence. She was waiting for him to do something — touch her or move away, and honestly she was so far gone that she didn’t know which one she’d prefer. She herself was frozen in place, her body feeling heavy like lead.
Casually, he leaned one hand on the counter next to her, further caging her in as he tilted his head so she could feel his breath tickle her cheek. Involuntarily, she let out a soft moan that she hoped he magically couldn’t hear.
If anyone had suggested hours ago that she’d have let her obnoxious neighbor not only come this close to her, but that she’d actually like it, she would have laughed in their face.
She was far from laughing now.
Surely he was going to move away. How long had they been standing like this? It felt like an hour had passed in slow motion, and now they were moving ever so slowly closer, as though drawn by a magnetic field.
And then, just as Chelsea was tilting up her face — to meet his eyes, to kiss him, she’d never know — he winked at her and slapped her ass.
“I guess I’ll have to make you tell me later,” he said suggestively, turning around to the kitchen island to set out a frying pan as if the last moment hadn’t happened at all. Chelsea, on the other hand, sagged against the counter, trying to catch her breath without him realizing that he’d made her breathless.