You are here: Products Firestar Released by Lilly Wilson 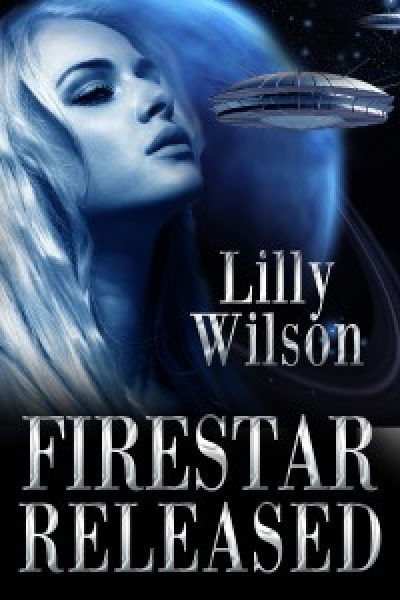 When concern moves Captain Border Relic to free a beautiful space slave, he thinks he is acting for her benefit. Little does he realize who she is, and the events he sets in motion. Events that will test his courage and loyalty and lead to his most difficult mission yet.

Lia has never had to rely on anyone before in her life, and she certainly doesn’t need someone to rescue her. But recent tragedy has left her broken emotionally and set on revenge. Can she trust this Captain with her secrets or will they destroy her?

United Universe claims to be an association of intergalactic space peacekeepers, but when Border is ordered to bring Lia in for questioning, he begins to doubt the ethics of turning her over to authorities.

A powerful enemy preys on innocent civilizations in the ultimate play for power, and will destroy anyone who gets in his way. Can Lia learn to work together with Border, and resist her growing attraction to him, before she looses all that she loves again?

At first I started writing to support my reading habit. Now I don’t have enough time in the day to get all the reading done that I want. I have so much living to do. And being an adventurous mom, and loving wife. And writing.