You are here: Products Fire And Ice by Victoria Paige 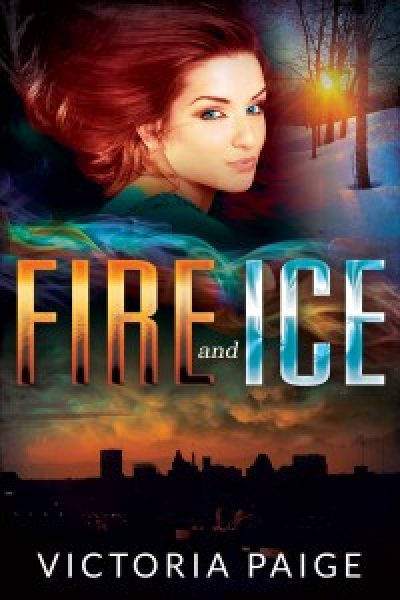 Fire And Ice by Victoria Paige

Maia Pierce, a top agent for Artemis Guardian Services (AGS) and a widely known rule breaker, was good at her job. In her last mission, her risk-taking had finally caught up with her and she had now incurred the wrath of a Russian drug lord bent on destroying her. With assassins after her, one man had offered her his protection. But Jack McCord may be an other kind of danger.

Jack McCord had everything: a thriving defense company, sinful good looks and no shortage of beautiful women. But what he coveted the most didn’t want anything to do with him. Maia Pierce, his brother’s bodyguard, was the most exquisite creature he had ever laid eyes on and he wanted her. When Maia got into trouble, he saw an opportunity to offer a no-strings attached arrangement and he is not taking no for an answer.

As they face-off with Russian mercenaries from the North Carolina coast to the depths of the Russian wilderness, they also finally face what may be in their hearts. But the danger that Maia finds herself in, and the secrets she keeps from Jack threaten to derail their happily ever after.

“You ready?” Jack asked Maia. He had her left arm bent at the elbow at 90 degrees. He was standing so close, she could smell his after-shave. She hung onto his clean scent to prepare for the unpleasant business of popping her dislocated joint back into place.
Maia nodded. Then Jack without further warning rotated the shoulder and arm outward coaxing the joint back into place.
“Ah! Damn!” Maia hissed through her teeth, her eyes watered as her badly-abused shoulder slid back into its socket. “I hate when that happens.” Her whisper was strangled.
“I know, babe.” Maia felt Jack’s lips on her hair. Did he just kiss her hair? His arms came around her in a gentle hug. God, she hated to move away from the circle of his warmth, feeling so secure in a strange way. But she remembered who and what she was and squirmed out of his arms.
“Er … thanks, Jack.”
“No problem. You may want to put that in a sling for a while.”
Derek was working on the files on Maia’s laptop. “Almost done! Shoulder back to normal?”
“Yup”
“I see you’ve been working surveillance on the Russians. Is that why you hung around town?”
“Yup.”
“Um, hate to say this Maia, but was that a good idea?”
“That’s an idiotic idea. That’s a dumb fuck idea,” Jack interjected, a bit too forcefully.
“I was careful,” she replied defensively.
Jack raised an eyebrow.
“Okay, maybe I wasn’t too discreet,” Maia admitted grudgingly.
Derek frowned. “It’s unlike you to be sloppy, sweetie. You need a break and regroup.”
Maia chewed her bottom lip as if pondering what her friend had just said. “I’m going to pack up and come back to set the charges,” Maia replied, not wanting the men to know she was doubting herself. They were so perceptive, damn them. Jack had been stirring something unfamiliar within her too because he rattled her defenses like no man ever had. She was fully aware of his virile masculinity – sucking the oxygen out of the room such that she had trouble breathing smoothly in his presence. She did not need this complication right now with Reznikov at large.
She moved to her dressing area and pulled out two oversized duffel bags. To her consternation, Jack followed her, observing her like a hawk. She ignored him and started shoving clothes into her bag.
“Where are you heading?” Jack asked casually.
“It’s really none of your business,” Maia replied, a little more harsher than she had intended to. She wanted to keep her tone neutral, not act like he had gotten under her skin.
“I can offer you protection. I have some properties in a couple of small towns that are well-equipped to keep you hidden.”
“And what’s in it for you?”
“Damn it, Maia, I’m trying to keep you safe.”
“I don’t need you to keep me safe. You barely know me. I can take care of myself.”
“I can see that. But you think this Russian whatever-he-is won’t finally figure out how to get to you with the attempts he’s made? Yeah, I know those mercs who stormed Castle were connected to him. I’ve got the resources, probably more than even the AGS.”
Maia zipped up her bag that held her clothes and started working on the second duffel to hold her weapons.
“I don’t need to fuck someone for protection,” Maia retorted and almost regretted the words when she saw Jack’s eyes grow icy and a muscle begin to twitch his jaw.
Without saying another word, Jack took the first duffel bag, turned around and stalked out, informing Derek over his shoulder, “I’ll wait in the car.”