You are here: Products Finders Keepers by Maggie Tideswell 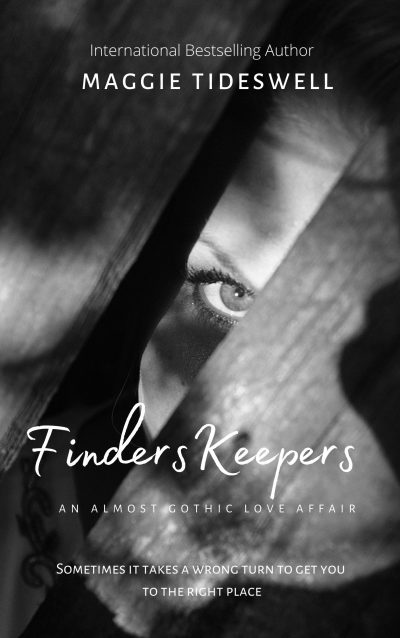 An Almost Gothic Love Affair.
A bride is sent off into the unknown to marry a stranger on All Hallows Eve, October 31, 1749.
What she finds on her arrival is enough to make her skin crawl.
Limping footsteps, blood-curdling screams, smoking torches, and a house on a cliff… A man she only sees in the dark, his breathing labored behind a mask.
“A betrothal is as good as the wedding vows. You cannot leave.”
“Am I your prisoner?”
“You shall stay here until you bear me a child. Then you can stay or go, the choice shall be mine!”

Maggie Tideswell is a bestselling international author with a passion for romance. Ghosts just can't seem to leave her alone. She combines things that can't be explained, sweaty bodies and rumpled beds in a way that will make your toes curl and your hair stand on end.
Maggie just can't do without perfume, coffee and the internet. She is nearly as passionate about food as she is about creating alpha heroes every woman will fall in love with, just as she does, every time. The strangest thing is that cats have never played any kind of role in her stories until now, as she is owned by two of them.

I wanted to write a Gothic romance, because I love reading them. The young woman had to arrive at a dark and terrifying house in the middle of the night, in the middle of a thunderstorm. So, that was how the book started. Originally it was going to be a Christmas-themed story titled The Darkest Midnight in December, but soon focus shifted to Halloween. The ghosts and creep surrounding All Hallows Eve was more apt. And of course the rogue keeping the damsel in distress prisoner…