You are here: Products Fighting the Flames by Leslie Johnson 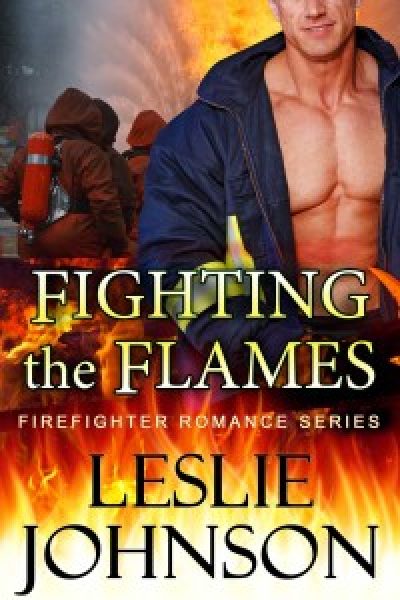 Fighting the Flames by Leslie Johnson

Three years ago, Jessie Taylor had the best summer of her life after running from her cheating boyfriend and taking time for herself. She’d escaped to her family’s beach house in Cape Cod to lick her wounds and heal, vowing to never open herself up like that again. Never trust anyone but herself.

Then she met Ryan James, the sexy firefighter next door who set her on fire with just a touch. They melted together, soothed each other’s hurts. She felt too much. It scared her. She ran.

Now, Jessie’s still alone and her entire life has gone up in flames. It’s a miracle she’s even alive. Ryan saved her… she couldn’t believe it was him. She didn’t realize he lived so close.

Fate can be kind or cruel. It can give a gift and then take it away.

Jessie had tried to run from fate her entire life. There would be no running from it this time.

On 9-11, I remember so clearly the horror of that day, of watching these brave men and women run into a building to save others only to perish for their efforts. As I began writing fiction, I thought of people I admire and those firefighters came to mind. I love writing about them, creating stories for them and most importantly… giving them the happy ending they deserve.