You are here: Products Fifty Shades of Magic by Sherrie L 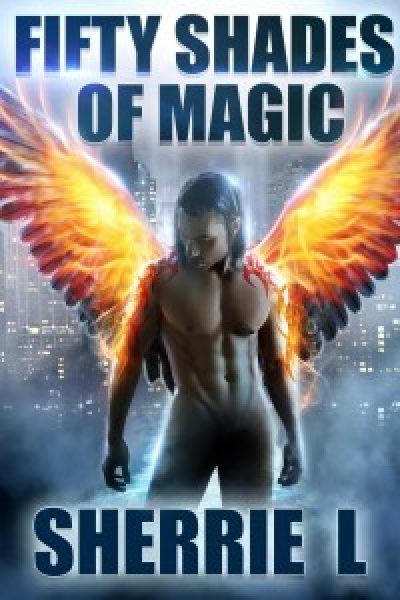 A succubus – a demon who prays on human sexual energy – takes over a young girl, a university freshman, and makes her commit various indecent exploits. Soon she learns about the existence of a mystery organization of demon hunters and discovers that a locket left to her by her late grandma is not just a piece of jewelry but a powerful artifact. Now she has to untangle a web of mysterious intrigues in order to find out why she is the one who is hunted by demons. The ordinary girl has to deal with Scarlet, a handsome and irrepressible demon lover, and Gray – a cunning, seductive, malicious and heartless sadistic incubus.

But is she really ordinary? Who was her Grandma? And who is Allison herself, in actual fact?

I’m living with my family in a detached house in the Rhodope Mountains in Europe. The place is very peaceful and calm, with unique views and an amazing climate. We have a cat who is a big philosopher and loves to sleep on the sun-drenched lawn in the front yard. I loved reading sci-fi and fantasy since I was a child and started writing in those genres when I was eight. I never visited any writing classes but I studied books on writing and followed their advice diligently. There are people who have very developed imagination, they can create whole worlds and many amazing things, and I’ve always envied them. I just can’t do the same. In my novels I aim for the same thing every time – to collect various facts about the world and put them into a complete system – my world view, my philosophy. And it’s always people who are at the center of my philosophy: my characters. I really love all of them. They are like my closest friends, they’re almost like family to me. Sometimes it seems to me that I have sex not with my husband but with my characters!