You are here: Products Fifty Shades of Jungle Fever by L.V. Lewis 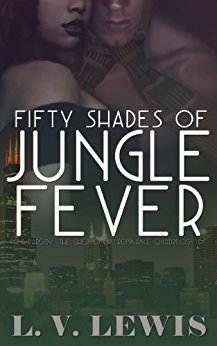 Fifty Shades to the 2nd Power meets Keisha from the Block!

A bi-racial–African American and Brazilian–woman with a troubled past, Keisha Beale has been so focused on her business pursuits that her love life has been non-existent. Tristan White, the devastatingly handsome CEO of White Enterprises, and one of the richest men in Chicago, has everything, but doesn't think love is something he needs. When their worlds, sparks fly! Will their arrangement survive the emergence of the pesky emotion he's tried to hard to avoid?

Be the first to review “Fifty Shades of Jungle Fever by L.V. Lewis” Cancel reply