You are here: Products Fertile Brats : Don’t Pull Out by Taboo Whispers Bundle 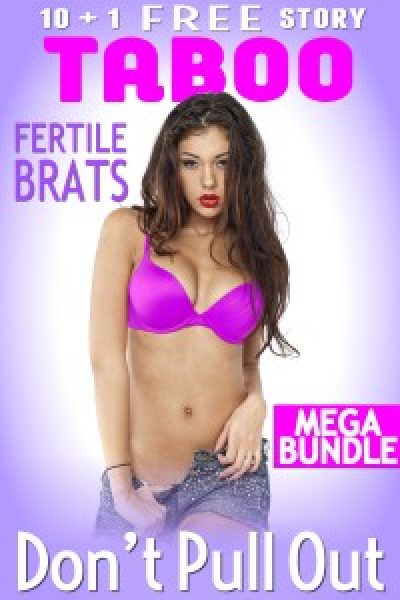 The commanding alpha males in this bundle take their pretty little fertile brats in rough fantasy encounters that are by no means gentle, leaving each with the pearly deposit they long for in their ultimate goal of being taken hard, fast and without protection by the very men closest to them.

This short story bundle contains 10 mouth-watering stories of forbidden love plus one bonus story FREE that’ll leave you weak at the knees with pleasure! With daring themes that really push the boundaries, we’re positive it’ll hit the right spot, even though it’s so wrong!

On sale for a limited time!

Taboo Whispers Bundle’s bring together some of the sauciest and naughtiest erotica for your reading delights. We push the boundaries to send you to the next level of pleasure, with risque themes some readers won’t be ready for.

Be the first to review “Fertile Brats : Don’t Pull Out by Taboo Whispers Bundle” Cancel reply