You are here: Products Fated for Love 99c for limited time by Melissa Foster 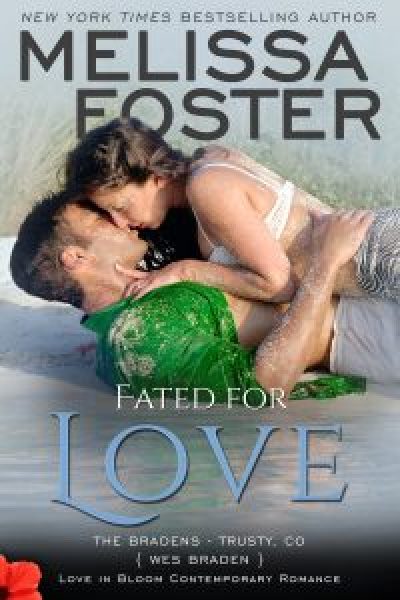 Fated for Love 99c for limited time by Melissa Foster

Librarian Callie Barnes has visions of reading and relaxing–and maybe having a few too many drinks–on her girls’ weekend away. Her hopes are crushed when her friends pull into a dude ranch instead of a spa, and she refuses to say longer than one night. That is…until she realizes the ranch is owned by sinfully sexy, and dangerously rugged, Wes Braden–the subject of her late-night fantasies.

Callie is thrust into physically demanding activities that ignite her deepest fears. Luckily, Wes is as tender as he is strong, and he’s there every step of the way to help her find her inner strength. With Callie’s influence, Wes might even discover that he’s been nursing a few fears of his own. Passion pulls Callie and Wes from their safe, comfortable lives into each other’s arms, and they’re about to find out just how alike they really are.

Visit Melissa on social media. Melissa enjoys discussing her books with book clubs and reader groups, and welcomes an invitation to your event.