You are here: Products Evitable Destiny by Izabela Monick 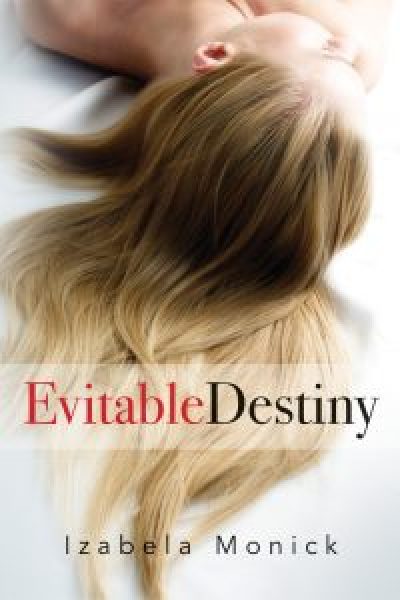 Since Chris’s mother died when he was sixteen years old, he has lived for only one goal: seeking revenge on his mother’s ex-lover, Kevin. Determined not to repeat his mother’s mistake, Chris vows never to fall into love’s seductive, deceptive clutches.

With Kevin’s business teetering on the edge of bankruptcy, Chris senses his chance. He kidnaps Kevin’s stepdaughter, Julia, and sets a ransom—if Kevin cancels a company-saving business deal, then Julia will be returned. The scheme seems perfect—until Chris’s long-suppressed feelings for Julia bubble to the surface. Julia, meanwhile, proves a resilient captive with a knack for pushing Chris’s buttons, even as her own feelings for her kidnapper become increasingly conflicted.

As the passion between Chris and Julia heats up, other forces come into play. Chris isn’t the only one who wants Julia, nor is he the only one willing to abduct her to satisfy his needs. Julia’s life—and perhaps Chris’s only chance at love—are in danger.

Izabela has always loved both math and writing, but even though she picked an accounting career to pay her bills, she still dreamed of one day becoming an author. Finally, she found the courage to sit down and write her own novel. Izabela lives in New York with her family and sun conure, Waddles, who imitates kissing all day long. When she’s not riding roller coasters or climbing trees with her children, she’s creating unusual characters and shocking her readers with unexpected twists and turns, while keeping her plots brimming with passion until the final page. Evitable Destiny is her debut novel.

Evitable Destiny was inspired by my love for suspenseful romance and dark erotica books involving kidnapping. I could never get enough of them, so I decided to write one myself, and I really enjoyed the whole process.

So far I hadn’t heard any human sounds, just nature, so maybe they weren’t chasing me—or maybe they were waiting for the morning. If that was the case, night was my only chance of freedom.
I put together what was left of my energy and walked to the shore. It was much easier to run on the wet sand, even though the salty water was burning my feet, which were covered in cuts. A few distant lights shone in the darkness, and as I got closer they formed into the shape of a bridge. I was glad to see something different from the shrubs I’d been seeing all night, but then uncertainty took over my excitement. Was I on an island and the bridge was the only way out? The shore on the other side of the water looked like the one I was standing on, but somehow I knew it was the mainland. My eyes searched the darkness for any means of transportation, a row boat, a JetSki, anything. It was too far to swim to the other side.
Shaking with trepidation, I stepped onto the bridge.
“Miss! The bridge is raised!” I heard a man’s voice shout. My heart froze in panic, and adrenaline rushed through my veins. I did the only logical thing that came to my mind—I ran away from him. “She’s on the bridge!” the man shouted into the radio, and then he started chasing me. He was close behind me, his heavy footsteps echoing in my ears.
It didn’t take me long to reach the raised segment of the bridge. When I moved toward the barrier on my left side, the man stopped running. I looked down at the water’s black depths and shivered. The man was slowly approaching me, taking small steps.
“Don’t!” He yelped when he was only a few yards away. “You’ll drown.” He made another step, and I jumped over the barrier and then down.
After I surfaced, I started swimming toward the shore on the other side of the bay, thinking of freedom. Although Chris’s men would probably chase me once I got there, I hoped to have enough time to hide. Focused on making it to the shore, I shoved the chilly water behind me with all the force I had. But the distance didn’t seem to shrink, and every stroke became a huge effort. The black depths were pulling me in as I struggled to keep my head above the surface. I realized it would be a miracle if I made it across alive.