You are here: Products Everything Gilded by LaShelle L. Turner 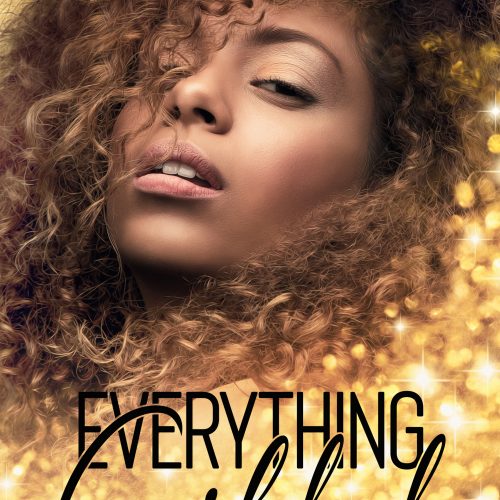 Everything Gilded by LaShelle L. Turner

Glitter and gold line the streets of the hottest and most exclusive address in Atlanta, 3300 Buckhead Plaza. Three social climbers try to stay on their golden path to riches, fame, and high fashion.
Queensley, Therese, and Farrah follow the men they love into the world of glamour and glitz. But before they can kick off the heels of their designer shoes and rest their heads on their expensive sheets, fate storms into their perfect high-end worlds. Their beautiful lives are at risk of being taken away from them, but these three women won’t let the gilded life they worked to obtain slip from their manicured hands. Not even death, lies, or estranged wives can stop them from living the life of luxury they fought so hard to reach and get they love they deserve.

LaShelle L. Turner is a contemporary adult and young adult romance author. When she is not writing sexy love stories, she is binge watching shows about shopaholic housewives.

While leaving in Atlanta, I noticed how everyone appeared to be obsessed with living a life of the rich and famous.

For the first time in her life, she felt protected.
Queensley ran her fingers through the chest of gray hairs. She nuzzled her head right in the middle and inhaled her lover’s scent. Reaching down, she caressed his tight firm abdomen with the entire palm of her hand. With the rise of his stomach, she felt him coming to life. Slowly with her fingertip, she traced the V-shape of his pelvis. At sixty-five her lover was in perfect shape. Despite his head of full gray hair and the wrinkles on the side of his eyes, he could easily pass for a man twenty years younger and she wasn’t saying this because she loved him; it was the truth. That’s why she gladly accepted his invitation to dinner when he asked three years ago. She knew he was a special man. Working at the perfume counter at Bloomingdale’s taught her to recognize the real rich from the pretend rich. And Wilhelm Huntington III was the real thing.
Through the top of the five hundred thread count sheet, Queensley watched her hand sliding farther down. She stopped after finally feeling she reached her intended destination. Gently, she took him into her hand and massaged him. Only a few seconds later she smiled as the small tent emerged from the sheet. She eased over and cradled herself on top of him. Queensley placed her lover inside of her and began to sway.
Their lovemaking went on with each changing their positions and both taking their lead in this erotic dance. She enjoyed this mixture of tango and waltz, moving fast then moving slow. Wilhelm was an experienced lover but eager to learn new things. It astonished her that he never performed oral sex on his wife, and she never gave it to him, either. His wife was raised to be a proper Catholic Wasp woman who believed their lovemaking should resemble their social life, decent and tasteful. This led to the two affairs he owned up to in their marriage, both were purely sexual. Twenty years passed between his first blowjob; the first occurring in college and the latter happening after his fifteenth wedding anniversary. Wilhelm staunchly proclaimed his love for Mary Beth; he was faithful to her for their first twenty years together. Yet, it only took that one affair to make him question if he could live without passion.
Aware of her role as the mistress, Queensley played everything close to the chest, at first. But as time went on, she grew to love Wilhelm and he grew to love her. Still, she never pressured him to leave his wife. Her years dating men in Atlanta taught her never to expect a long-term commitment and just enjoy the moment. She developed a tough veneer and only started to let it down after two years of being with him. Never once did she question his faithfulness to her; she was a mistress, after all. It would be oxymoronic for her to expect it, even though Wilhelm assured her she was his only lover. He and Mary Beth stopped sleeping together regularly decades ago; they completely stopped about the same time their affair began.
Engrossing herself in her position as the lead lover, Queensley let out a small moan as she balanced herself on top of him. She ran her hands over his chest up then moving up and cupping his chin into her hands. She leaned over and kissed his warm thin lips. “I love you,” she mumbled over them.
“I love you, too,” returned Wilhelm.