You are here: Products Evaporate by Carrigan Fox 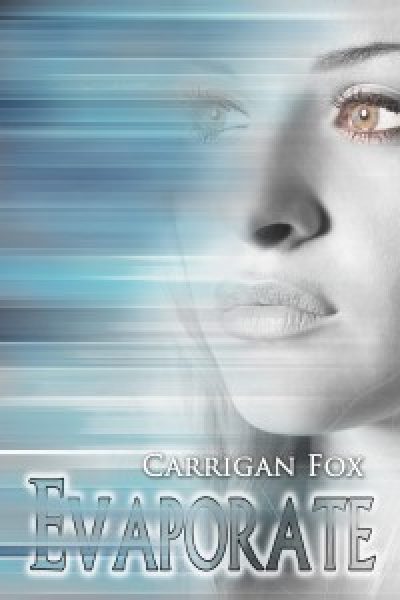 It’s been two years since Eva Sokolov came home to join the local police force in hopes of putting to rest the unsolved mystery of her parents’ brutal murder. But after all these years, the case is beyond cold. Things heat up when she responds to a swatting call at the high school and encounters the charmingly goofy math teacher, Nate Gardner. While the chemistry is undeniable, Eva is–by reputation–a cold and hardened woman with a talent for failed relationships. Secretly, she dons silk lingerie and loses herself in romance books. But her secrecy isn’t limited to the undergarments she hides beneath her masculine uniform and bulletproof vest. She also is able to teleport, a skill she considers more of a risk than an asset. And given that her parents’ killer has returned and is intent on trying to expose her and finish her off once and for all, she may be right.

And nineteen years after she snorted at the preposterous suggestion of writing romance, she decided to do exactly that! Fortunately for all involved, the survival of her protagonists is dependent only on her imagination rather than her ability to avoid over-watering them.

After wrapping up the second historical romance of a trilogy, I needed a break from the research. So I decided to dig in with another paranormal. I felt like teleportation was something that hadn’t been done to death. And the directions I could take the story were limitless. From there, Detective Sokolov evolved and the other characters formed around her.

Be the first to review “Evaporate by Carrigan Fox” Cancel reply