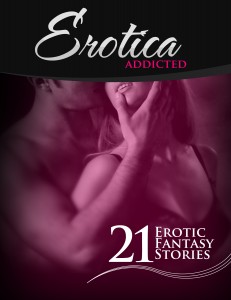 I have been lifelong passionate about love and sex. I have not written yet myself, but am a young man currently with a much older beautiful, sexy woman. We have had a very adventurous, interesting and passionate relationship, tired of the same old. I hope to one day write a book about our story, but for now I am just getting into publishing and this is my first erotica short story collection. I am hoping to improve upon it over time and add to it. If I have enough success with this, it will help me to have the free time I would need to pursue additional projects and author my own books. I hope you all check it out and perhaps support sharing my own juicy stories in the future.

Simply trying to get off my feet as an author/publisher and entrepreneur.